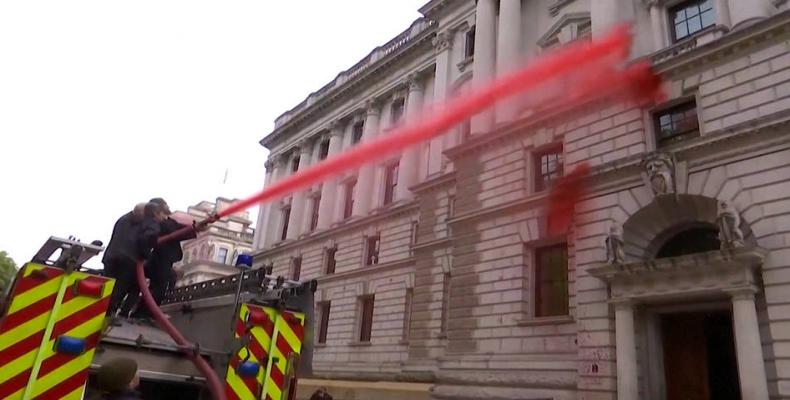 London, October 4 (RHC)-- Protesters with the activist group Extinction Rebellion used a fire engine and hoses to spray hundreds of gallons of fake blood outside the British Treasury in London on Thursday, covering part of the building in red liquid.  The protesters also displayed a banner reading “Stop funding climate death.”

At least two people were arrested.  One of the activists told Reuters: “The red symbolizes the people dying now in the Global South and also the people who are going to start dying from climate change all around the world if we do nothing.”