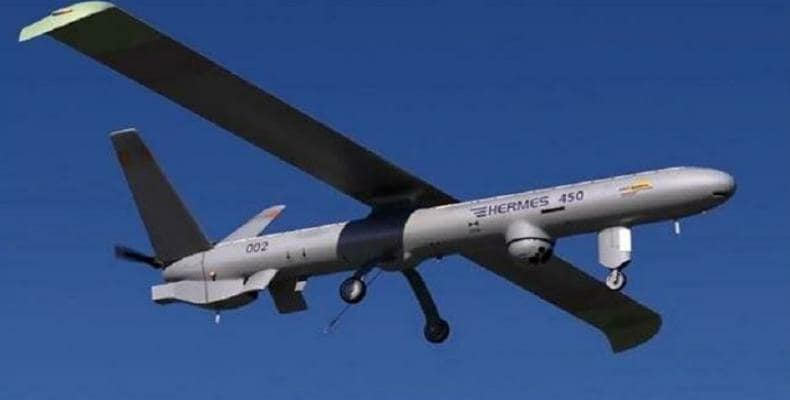 Beirut, October 14 (RHC)-- Lebanon says Israel has violated its territory by flying a reconnaissance drone over Beirut’s southern neighborhood at the weekend, weeks after a pair of drones were used in botched Israeli raids over the same area.

Over the weekend, “one of the Israeli enemy’s reconnaissance drones violated Lebanese airspace... overflew the southern suburbs and left,” the Lebanese army said in a statement on Sunday.

On August 25, two explosives-laden Israeli drones had been sent to the same area.   Lebanese resistance movement Hezbollah said at the time that the first drone had fallen on a building housing the resistance movement’s media office in the Moawwad neighborhood of Beirut’s Dahieh suburb. The second drone, which appeared to have been sent to search for the first one, crashed in an empty plot nearby after being detonated in the air.

Hezbollah pledged a swift response along the border and said that it would also shoot down any intruding Israeli drones in the future.

Lebanon’s President Michel Aoun also said at the time that the Israeli aerial transgressions amounted to a “declaration of war.”  Tensions peaked on September 1 when Hezbollah fired anti-tank missiles at an Israeli military vehicle along the border with the occupied territories and attacked several Israeli bases as well.

Israel continued its aggression by shelling some Lebanese territories before relative calm returned the next day.  The Tel Aviv regime staged full wars against Lebanon in 2000 and 2006, during both of which it was forced to withdraw after being confronted by Hezbollah’s defensive power.

Israeli aircraft have regularly intruded into Lebanese airspace.  Beirut has sent several complaints to the United Nations before about Israeli drones and jets breaching its airspace.