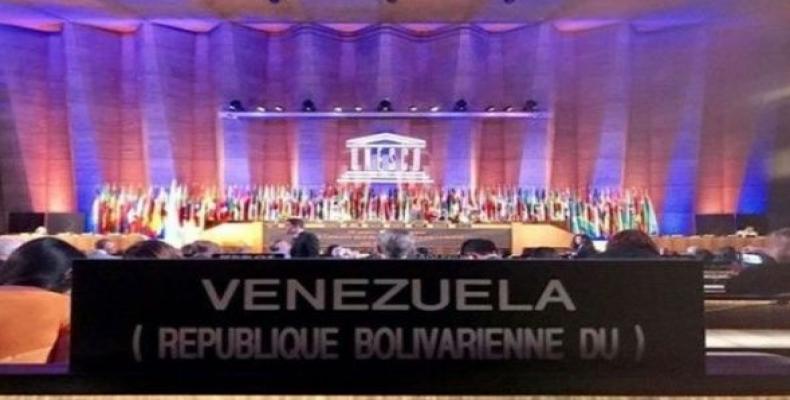 Geneva, October 16 (RHC)-- Venezuela's ambassador to the United Nations Educational, Scientific and Cultural Organization has denounced the impacts of the illegal economic, financial, and commercial blockade imposed by the United States on the South American nation.

Ambassador Hector Constant pointed out that illegal economic measures prevent Venezuela's development.  "It affects the country's efforts to achieve the Sustainable Development objectives of the U.N. Agenda 2023," he added.  Confirming the veracity of his arguments, the Venezuelan diplomat recalled that the effects generated by the illegal blockade were recognized in a recent report by the United Nations Special Rapporteur on the Negative Repercussions of Unilateral Coercive Measures on the enjoyment of Human Rights, Idriss Jazairy.

"The illegal and brazen blockade of the Trump administration is intended to demoralize our values.  But we have a culture of resistance that will overcome hegemony.  We are living in a dangerous time for multilateralism.  While the advance of the human genius invites us to think about artificial intelligence, the crudity of international reality means that many of the countries present here must concentrate their efforts on an exercise of survival and just defense of their sovereignty," said the Venezuelan diplomat.

Ambassador Constant emphasized that in the face of the impossibility of overthrowing his country, the White House is betting on gradually curtailing the services that Venezuelans have acquired universally.

"As a curious historical paradox, those who wish to impose such dismay on us are the same ones who invade and plunder, destroying entire schools and cultures with the contempt of those who only know how to propagate ignorance," the ambassador noted.