UNESCO strongly rejects the US blockade of Cuba 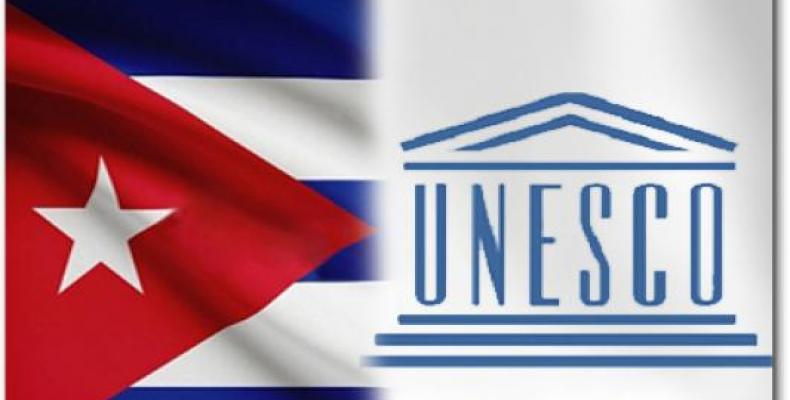 Paris, November 7 (RHC) -- UNESCO has warned that the economic, commercial and financial blockade imposed by the US government for almost 60 years causes unjustified damage to the Cuban people and obstructs their economic development.

That’s how the Paris based United Nations Educational, Scientific and Cultural Organization’s report for the UN Secretary General, Antonio Guterres begins, reproducing opinions of countries and institutions on the stranglehold applied to the island. The document comes on the heels of a new vote at the UN General Assembly on Thursday of a draft resolution calling for an end to the unilateral and extraterritorial measure, Prensa Latina news agency reports. According to UNESCO, the blockade affects education, science and culture in Cuba in areas of the specialized UN entity’s work.

In the case of education, the blockade against the island limits Cuba's access to technology and equipment, hitting the objective of modernizing the national teaching program and the university system, says the report, adding that it also prevents free academic exchange and cooperation between the two countries in the scientific sector. Culture also suffers from the tightening of the blockade in areas such as the promotion and spreading of the Caribbean country’s artistic talent, despite the existence of a proven market for Cuban music in the United States, it adds. It also represents an obstacle for purchasing bibliography and resources related to telecommunications and for the use of the Internet.

The UNESCO report also includes the Washington’s financial persecution and its particular consequences in the cultural field. It also exposes the difficulties that the US policy causes to that UN organization’s relations with the Caribbean nation. The restrictions derived from the blockade’s extraterritorial connotations affects transactions, even in currencies other than the US dollar, which are made from its Paris headquarters to the Cuba offices, the report highlights. According to the multilateral entity, such a scenario limits its personnel’s activities in Cuba, both in private matters and in aspects of the work it performs there, forcing it to look for alternatives with an additional cost.

The report also shows the impact of the aggressiveness of the Donald Trump administration which includes the activation of Title III of the Helms-Burton Act, aimed at depriving Cuba of foreign investments, the establishment of a blacklist with more than 200 entities against which the persecution has increased, and the closure of its Citizenship and Immigration Service Office in Havana. UNESCO officials face obstacles in the issue of visas for missions in the United States or to use that country as transit to other destinations, increasing expenses to the organization, the report adds. The report to Secretary General Guterres also contains the position of dozens of governments and organizations that oppose the US blockade and advocate its end.

On Thursday the UN General Assembly will vote a draft resolution presented by the island on Wednesday, a draft resolution that shows the International community’s almost unanimous feeling that the siege of Cuba must end.A similar initiative has received a strong support at the Assembly year after year since 1992 in which the United States has been isolated in upholding the unilateral measure, only accompanied by its strong ally Israel.