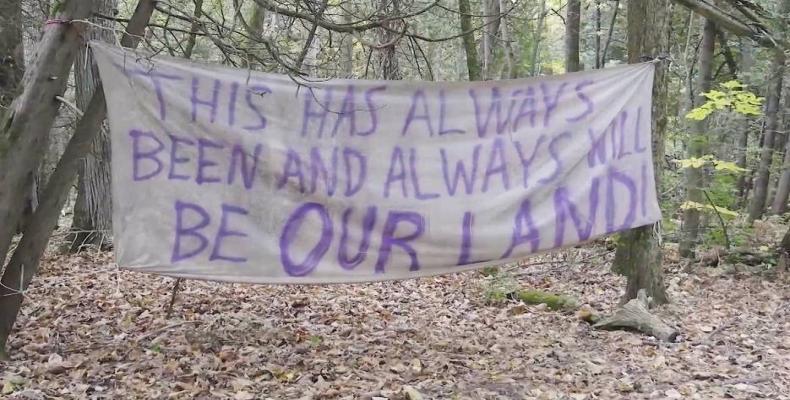 Ottawa, October 17 (RHC)-- In Canada, a member of the Mohawk community in Kanehsatà:ke in southwestern Quebec has gone on a hunger strike amid an escalating land struggle between the First Nations tribe and real estate developers.  The residents are asking Prime Minister Justin Trudeau to implement a short-term moratorium on all development in their territory.  Trudeau has promised reconciliation with Canada’s First Nations.  He’s facing the possibility of being unseated in Canada’s federal elections next week.

Protester Ellen Gabriel told reporters: “Because the government has been ignoring us for many generations, but in particular with this government that promised that we would be the most important relationship in Canada, and it wasn’t, so a hunger strike to provide some light to this complex issue, that the people in Kanehsatà:ke, the Kanien’kehá:ka Mohawk people, have been fighting for many, many generations.”

Kanehsatà:ke is the site of the so-called Oka Crisis in 1990, when Mohawks had a 78-day standoff with Canadian Armed Forces, stopping the development of a golf course and condominiums on one of their burial grounds.