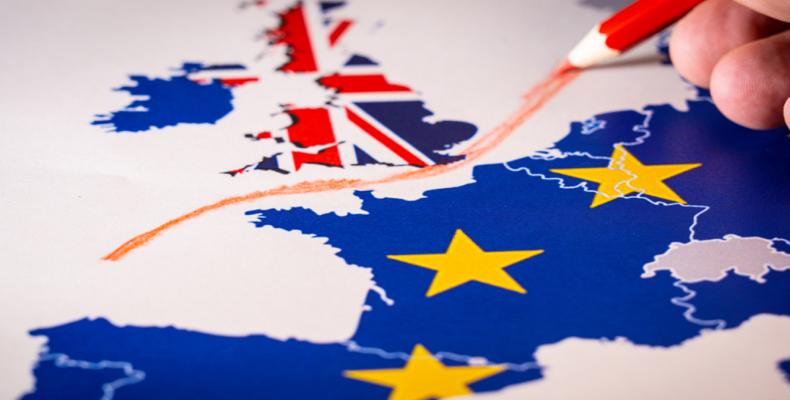 London, October 19 (RHC)-- The United Kingdom's parliament has backed a proposal designed to force Prime Minister Boris Johnson to request a three-month Brexit extension from the European Union, prompting the British leader to shelve a decisive vote on his recently brokered divorce deal.  MPs on Saturday voted 322 to 306 in favor of the amendment, which was brought forward by former Conservative MP Oliver Letwin and backed by a cross-party alliance of legislators.

The amendment in effect prevents Johnson's Brexit deal being approved until Parliament has signed off on all requisite withdrawal legislation, ensuring the UK can not exit the bloc without a deal on the existing October 31 departure date.

Unless Johnson has approved a deal by the end of Saturday, he is obliged by law to ask the EU for a Brexit delay until the end of January 2020.  If the prime minister can get all of the necessary legislation through Parliament in time, however, he could still achieve a withdrawal by the end of this month.

Reacting to the defeat, the prime minister told Parliament the opportunity to have a "meaningful vote" on his deal on Saturday had been "passed up," but promised to bring the plan back to MPs for consideration next week.  The Conservative Party leader also pledged to press ahead with his bid to take the UK out of the EU by the end of this month.  "I will not negotiate a delay with the EU and neither does the law compel me to do so."

Johnson said: "I will tell our friends and colleagues in the EU exactly what I have told everyone else in the last 88 days that I have served as prime minister: that further delay would be bad for this country, bad for the European Union and bad for democracy."

The EU must approve any delay to the existing withdrawal date, now less than two weeks away.
Mina Andreeva, a spokeswoman for the European Commission, said the EU's executive branch had "taken note" of Saturday's vote in the British parliament and called on the British government to "inform us about the next steps as soon as possible".

The head of the opposition Labour party, Jeremy Corbyn, said that Johnson must "comply with the law" and request a Brexit delay.  "He can no longer use the threat of a no-deal crashout to blackmail members to support his sellout deal," he told MPs.

The clashes inside the House of Commons came as mass rallies took place outside Parliament, with hundreds of thousands of anti-Brexit demonstrators marching through central London to call for another Brexit referendum.  Nearly 52 percent of voters opted in favour of quitting the EU during the UK's 2016 vote on its membership in the bloc.