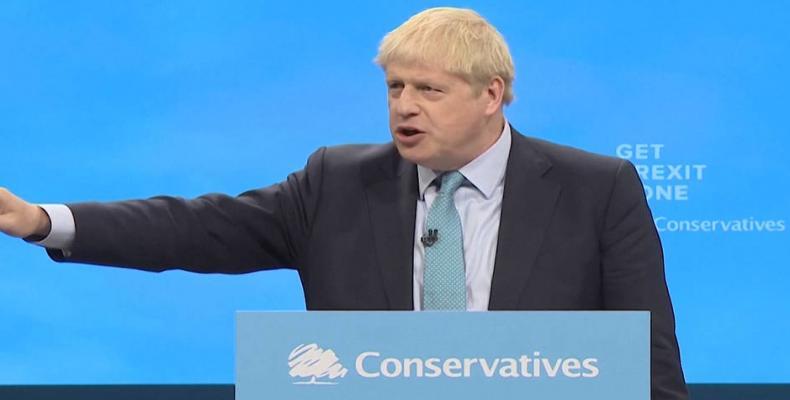 London, October 4 (RHC)-- British Prime Minister Boris Johnson has unveiled his long-awaited plan to leave the European Union, claiming the United Kingdom is prepared for a no-deal Brexit.  Under Johnson’s plan, Northern Ireland would leave the EU Customs Union in 2021 along with the rest of the U.K. but could keep its free-flowing border with the Irish Republic by maintaining EU trade rules.

In Brussels, the head of the European Parliament’s steering committee on Brexit, Philippe Lamberts, called Johnson’s plan “inconsistent” and warned that a disastrous no-deal Brexit is looming.  Lamberts said: “He claims to love Europe, to embrace Europe — by leaving it. Come on. How can this be serious?  So what we are confronted with is a nationalist.”

Meanwhile, Boris Johnson’s spokesperson said that the prime minister would seek to suspend Parliament again — from October 8 to 14 — ahead of the October 31 deadline for Britain to leave the EU.