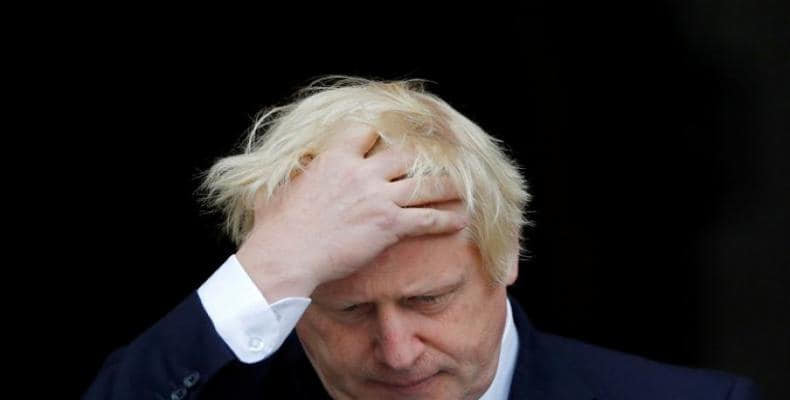 London, September 11 (RHC)-- The British Parliament is officially suspended for the next five weeks as the battle over Brexit continued to heat up.  Members of Parliament rejected for the second time Prime Minister Boris Johnson’s bid to call a snap election in October.  Lawmakers opposing the move say measures blocking a no-deal Brexit must first be put into place.

Earlier, a  bill to prevent a no-deal Brexit in October received royal assent and was passed into law.  Under the law, Boris Johnson will be forced to seek a delay until January 31. Lawmakers also directed Johnson to hand over government documents relating to the suspension of Parliament and its plans for a no-deal Brexit.

As the official suspension of Parliament started in the early hours of Tuesday morning, some lawmakers protested by gathering around House of Commons Speaker John Bercow holding signs that read “silenced” and shouting, “Shame on you!”

Speaker John Bercow has announced he will step down either on October 31 or at the next election, depending on which comes first.