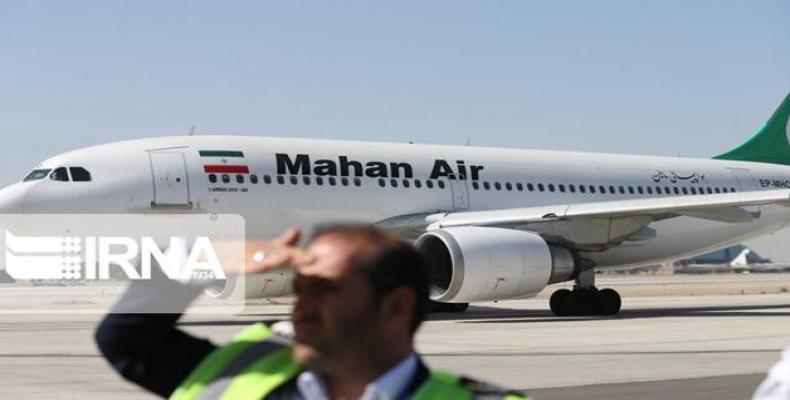 Tehran, November 6 (RHC)-- An Iranian aviation official says the country’s second largest airline will stop flights to Italy in late December as Rome prepares to ban the carrier from its airspace under increasing pressure from the United States.

Head of the Association of Iranian Airlines (AIA) announced that Mahan Air’s flights to the Italian cities of Rome and Milan will continue until the end of the next month in the Iranian calendar year which falls on December 21, 2019.

Masoud Assadi Salmani said that Italy’s decision to ban Mahan Air was clearly influenced by American pressure, adding that the move came as part of broader U.S. sanctions targeting Iran’s aviation industry.  “Italy, under pressure from the U.S., stopped Mahan Airline’s flights to this country,” said Assadi, according to remarks covered in the IRIB News.

The AIA chief said flights by Iran’s flag carrier Homa to Italy will continue as before while Mahan Air routes to other European countries would remain unaffected.

Reports say that U.S. Secetary of State Mike Pompeo called on Italy to avoid renewing flight licenses for Iran’s Mahan Air.  Italian officials had earlier indicated that they might succumb to the American pressure and stop accommodating flights by Mahan, a company that has been blacklisted by Washington over alleged links to Iran’s elite military force the IRGC.

Italian Foreign Minister Luigi Di Maio said in early October and after a meeting with U.S. Secretary of State Mike Pompeo in Rome that his government would follow two other European countries of Germany and France to impose a ban on Mahan Air.

Assadi said planes that used to fly to Italy would not be grounded as Mahan Air plans to use them in other international routes.