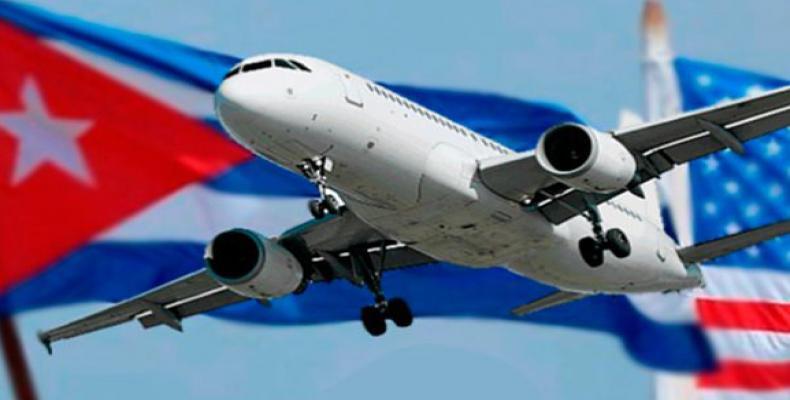 Havana, March 18 (RHC/ACN) The President of the Cuban Institute of Civil Aeronautics Alfredo Cordero said that US commercial flights to Cuba continue as expected.

In a press conference at the Ministry of Transportation, Cordero said the airlines are flying with the frequencies planned and making adjustments according to the high and low seasons, winter and summer, respectively.

There is a strong competition in the US among the different carriers that were authorized to fly to Cuba, and they reduce or increase flights based on demand, he said.

The Cuban official used as example American Airlines that has daily flights to Havana and JetBlue with 4 daily flights to different Cuban airports.  He said the amount of travelers from the US continues growing.

Havana´s airport saw an increase of 24 percent on passengers, while the country had an 18 percent growth overall.

News reports spoke recently of airlines in the US reducing and in some cases dropping all together their flights to Cuba due to low demand, as Silver Airways and Frontier.

The Cuban tourism industry continues to register a growth. In the first two months of 2017, the amount of visitors increased 15 percent compared to the year before, according to Ministry of Tourism data.

But US citizens still have to go through a gruesome license process to be able to travel to Cuba, having to demonstrate their travel is not associated to tourism, which effectively prevents them from visiting the island-nation.