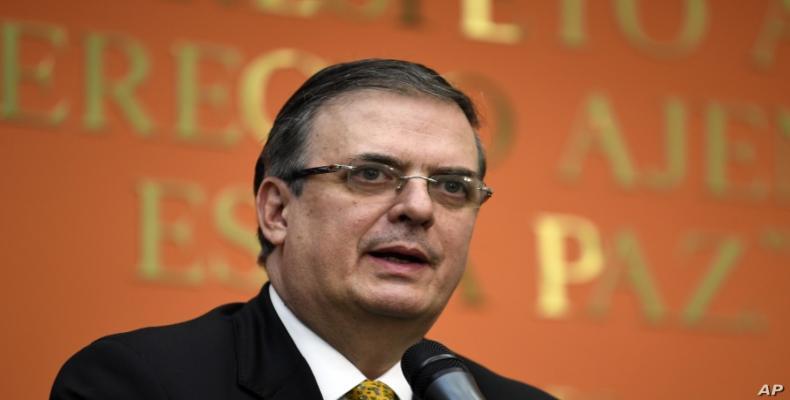 Mexico City, November 11 (RHC)-- The Foreign Minister of Mexico, Marcelo Ebrard, has announced that his government will grant former Bolivian President Evo Morales political asylum after the coup d'etat executed on Sunday and the acts of violence taking place the Andean country.

The top diplomat recalled that Mexico is characterized by respecting the internal affairs of nations and granting the right to political asylum to those who suffer political persecution.

Ebrard said that the Bolivian leader made a formal request for asylum, after an invitation was extended by Mexico on Sunday.  He was granted asylum "for humanitarian reasons and under the emergency situation in Bolivia" that endangers his life.

The Mexican foreign minister called on Bolivian authorities to give Evo safe conduct out of the country, granting all necessary guarantees through the procedures provided by diplomatic agreements signed under international law.

Marcelo Ebrard said: "Latin America has witnessed unfortunate events down through its history, in which constitutional order is broken and democratically-elected authorities are forced to leave office."

"What happened yesterday (in Bolivia) we consider a coup.  It is a coup because the army requested the resignation of the president and that violates the constitutional order of that country."