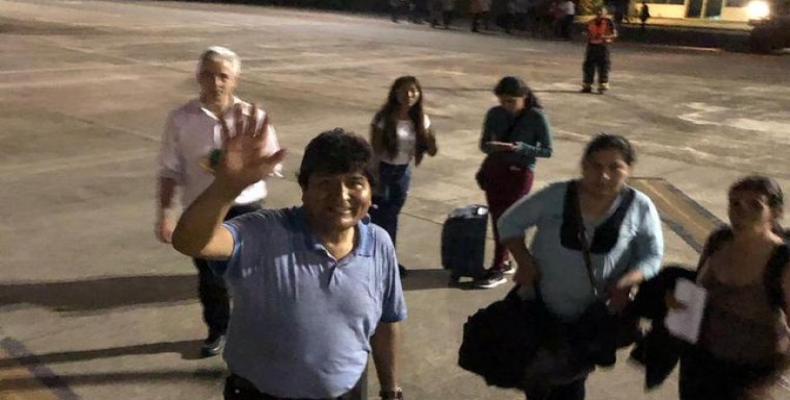 Monday evening, a Mexican Air Force plane was sent by President Andres Manuel Lopez Obrador to pick up Evo and other Bolivian leaders offered aslyum.  Once in Bolivia, the plane, taking off from Chimoré in the Department of Cochabamba, encountered a number of obstacles on its way back to Mexico.  The governments of Ecuador and Peru refused to allow the aircraft to enter their territorial airspace with Evo on board and the Mexican plane was forced to re-fuel in Asuncion, Paraguay, and change its course to fly to Mexico City.

As he was leaving Bolivia, Evo Morales announced his departure on Twitter just after 9:30 p.m. Monday evening.

"Sisters and brothers: I leave for Mexico, grateful for the offer of the government of this sister people who have offered us asylum in order to save our lives.  It hurts me to leave the country for political reasons, but I will be in constant contact.  And I will soon return with more strength and energy."