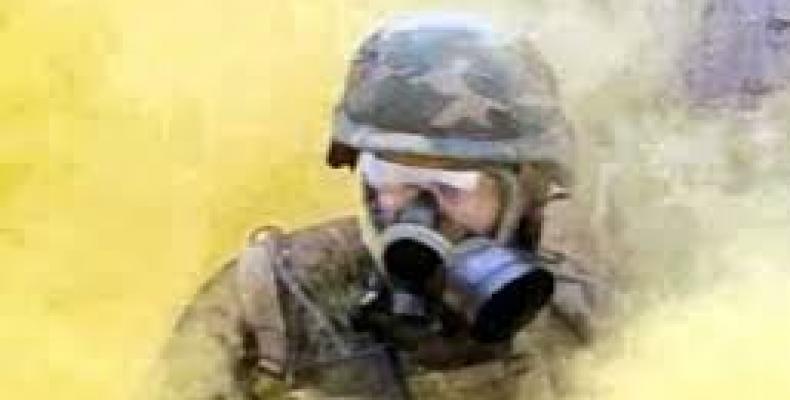 The Hague, November 26 (RHC)-- A senior Iranian official has warned that the United States, as the sole country possessing chemical weapons, poses a threat to global peace and security.

Iran’s Deputy Foreign Minister for Legal and International Affairs Gholam-Hossein Dehqani made the remarks in an address to the 24th session of the Conference of the States Parties to the Chemical Weapons Convention (CWC) in The Hague on Monday.

He called for immediate destruction of chemical weapons and further supervision by the Organization for the Prohibition of Chemical Weapons (OPCW) over the annihilation of the US chemical weapons.

The Iranian diplomat criticized meager international aid to victims of chemical attacks and dismissed as inhumane and shameful the unilateral US sanctions on Iran, which have caused problems in the way of providing the victims with necessary medicine and medical treatment.

Dehqani called on the international community to counter the U.S. sanctions, which he said are tantamount to economic terrorism and a blatant breach of the Chemical Weapons Convention (CWC).  The Iranian official also urged OPCW member states to stand up to US measures to prevent the transfer of chemical substances, including pharmaceutical ingredients, to member states, saying Washington’s move amounted to crime against humanity.

The 24th session of the Conference of the States Parties to the Chemical Weapons Convention opened in The Hague, the Netherlands, on Monday and will end on Friday.  On the sidelines of the conference, non-governmental organizations active in the field of assisting chemical weapons victims in Iran have set up an exhibition to show the latest developments in this regard.

Back in October, Iran’s ambassador and permanent representative to the OPCW said that unilateral US sanctions have prevented the country’s access to medical and health services required to treat victims of chemical attacks carried out by former Iraqi dictator Saddam Hussein in the 1980s.

Iran says unilateral U.S. sanctions have prevented the country’s access to medical and health services required to treat victims of Iraq.   “The inhumane sanctions have negatively impacted the supply of medicines and treatment for more than 70,000 victims of chemical weapons in our country and have in fact hindered the treatment of chemical attacks victims,” Alireza Kazemi-Abadi said.