Cuba: The US irresponsible behavior is the biggest threat to international peace and security

In a virtual address during the High-Level Meeting to commemorate the UN's 75th anniversary, Rodriguez Parrilla recalled the flagrant attack to the elementary human rights that the US blockade means to the Cuban people and the infamous intrigues that it promotes against the Cuban medical collaboration and the governments that request it.

Rodriguez enumerated examples of the irresponsible attitude and contempt for humanity that typifies the US empire behavior with the promotion of conflicts, unconventional and commercial wars, and the imposition of severe unilateral coercive measures on independent nations not to his liking.

The Minister of Foreign Affairs emphasized the carelessness with which the United States squanders financial and material resources in the arms race that are indispensable for peoples' sustainable development.

On behalf of the Cuban people and government, he reiterated Cuba's commitment to the United Nations.

"Seventy-five years after having signed the UN Charter, it is urgent that we reaffirm our commitment to the principles of International Law and the strengthening of multilateralism, cooperation with international bodies, and the empowerment of this General Assembly.  Let us multiply cooperation and solidarity. Let us build a democratic, just and sustainable international order," he said. 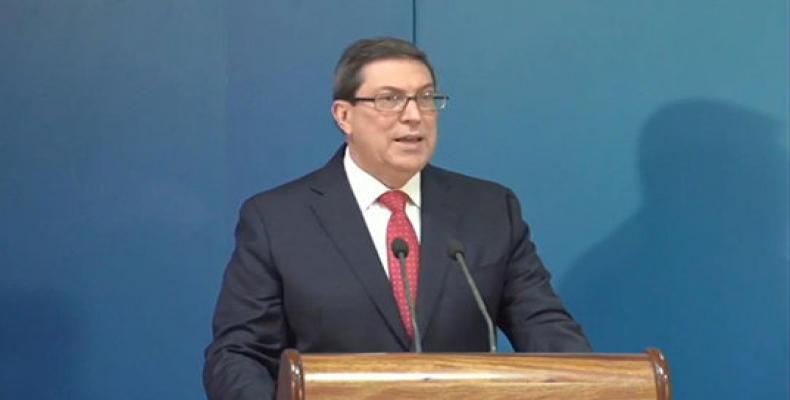