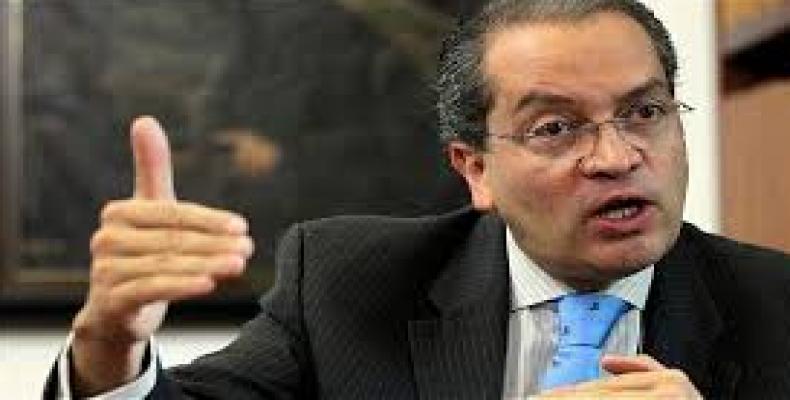 Bogota, December 27 (RHC)-- Colombian Attorney General Fernando Carrillo has urged the administration of Iván Duque to stop the systematic murder of social leaders in that country.

The official urged the Government, through his Twitter account, to convene the National Security Guarantees Commission "immediately and ensure its operation."  He added that the threat against social leaders in Colombia "is latent and must be contained."  His warning comes after the murder of two more social leaders in the last few hours.

The most recent victims were identified as Reinaldo Carrillo, who belonged to the National Association of Farmers, and Lucy Villarreal, cult of the Carnival of Blacks and Whites.

Also at the beginning of the week, the murder of two environmentalists was reported; Nathalia Jiménez and Rodrigo Monsalve, both from the department of Magdalena.  According to figures from Colombian authorities, from January 2016 to May 2019, 482 social leaders were murdered in this South American country.

The victims accumulate even after the signing of the peace agreement with the insurgent group Revolutionary Armed Forces of Colombia - People's Army (FARC-EP), which established guarantees for the safety of these people.