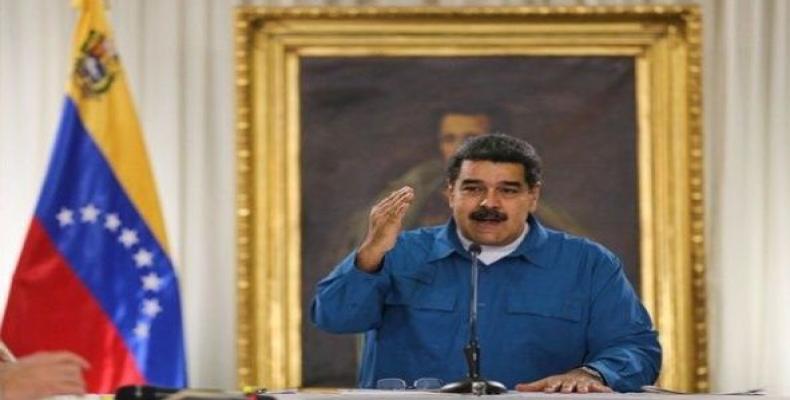 Caracas, March 26 (RHC)-- Venezuelan President Nicolás Maduro has denounced that terrorist groups are training from Colombia to attack the country amid the COVID-19 pandemic.

"The conspiracies continue.  Yesterday, a person named Jorge Alberto Molinares Duque was captured on the Barranquilla-Riohacha highway, moving in a vehicle and carrying an arsenal of weapons there," the president reported.

Likewise, the head of state denounced that terrorist groups are training in Colombia to generate violence in the country.  "The captured man declared that the rifles were to be delivered to him by a man with the alias "Pantera," who belongs to a terrorist group that is training between Barranquilla and Riohacha," he added.

"The Minister of Communications and Information, Jorge Rodríguez, will reveal all the details.  I have to defend the peace and stability of all Venezuela.  We have information on terrorist sources that from Colombia and the United States they are planning to attack the country."