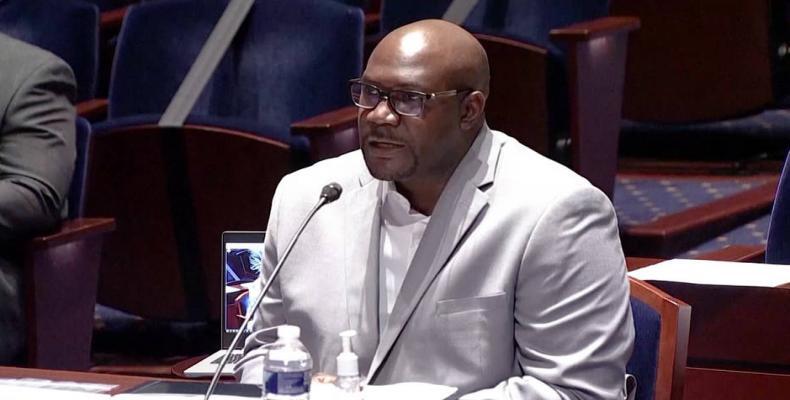 Philonise Floyd said: “The people marching in the streets are telling you enough is enough.  By the leaders that are in our country, the world needs the right thing.  The people elected you to speak for them, to make positive change.  George’s name means something. You have the opportunity here today to make your names mean something, too.  If his death ends up changing the world for the better — and I think it will — then he died as he lived.  It is on you to make sure his death is not in vain.”

Philonise Floyd’s testimony came a day after his brother was laid to rest, and two days after Democrats unveiled the Justice in Policing Act, which would ban chokeholds and no-knock warrants and start a national database to track police abuse.