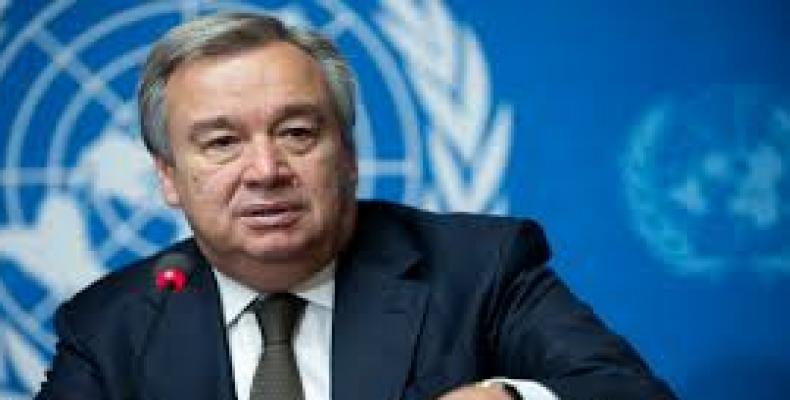 United Nations, September 9 (RHC)-- United Nations Secretary General Antonio Guterres has warned that world powers must pull together and retool their economies for a green future or humanity is "doomed."  And the UN chief added  that failure to control the coronavirus pandemic illustrates the danger of disunity.

The UN secretary general noted that even before the virus struck, 2020 was billed as a pivotal year for the plan to dodge the bullet of catastrophic global warming, with high-profile summits planned to catch a wave of public alarm over the future of the planet.

The coronavirus crisis may have shunted climate into the sidelines as nations launched unprecedented shutdowns to try to slow its spread, but Guterres said the need for climate action was more urgent than ever.

In a scathing assessment of the international response, Guterres said the pandemic should sharpen governments' focus on cutting emissions, urging them to use the crisis as a springboard to launch "transformational" policies aimed at weaning societies off fossil fuels.

"I think the failure that was shown in the capacity to contain the spread of the virus — by the fact that there was not enough international coordination in the way the virus was fought — that failure must make countries understand that they need to change course," he told AFP.

"They need to act together in relation to the climate threat that is a much bigger threat than the threat of the pandemic in itself — it's an existential threat for our planet and for our lives."