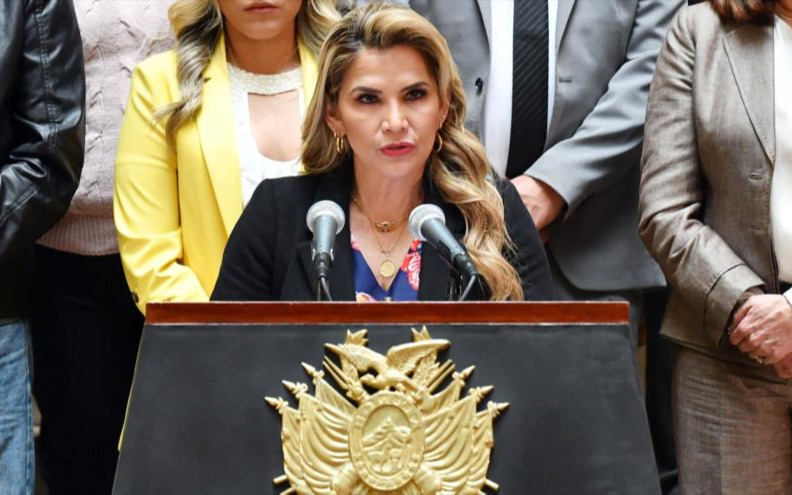 La Paz, November 24 (RHC)-- A representative of social organizations in the department of Beni, in northern Bolivia, said that they prevented de-facto regime leader Jeanine Áñez from boarding a plane and leaving the country.  According to reports, Añez was captured when she at the Jorge Henrich Arauz airport in the city of Trinidad as she tried to go to a border city and then pass through to Brazil.

"We cornered her when she was escaping to Brazil.  We arrested her and she is locked up in an apartment and now she has to respond to the killings in Senkata and Sacaba," said a spokesperson for the group, who was not identified in the video circulating on social networks.

Last week, former Government Minister Arturo Murillo fled the country and flew to Panama and then entered the United States.  Meanwhile, former Defense Minister Fernando Lopez is now in Brazil.  In this regard, three officials of the Bolivian Migration Directorate were arrested for allowing the escape of these individuals.

Last month, the Plurinational Legislative Assembly recommended that the Public Prosecutor's Office initiate a lawsuit against Añez for the massacres of Sacaba, in Cochabamba, and Senkata, in El Alto, in November 2019.  This document accuses her of the crimes of genocide, torture, forced disappearances, and others.