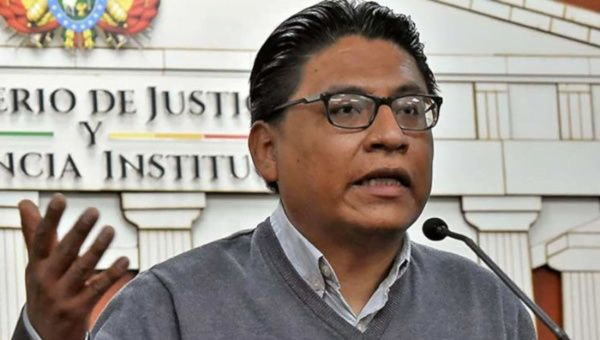 The IACHR asked the Bolivian government for information on Áñez after it requested precautionary measures from the international body. | Photo: Prensa Latina

La Paz, September 5 (RHC)-- The Bolivian government will defend the exercise of respect for rights and due process that it practices in prisons, especially regarding the situation of former de facto president Jeanine Áñez, said the Minister of Justice and Institutional Transparency, Iván Lima.

Lima assured that next week he will present a report at the request of the Inter-American Commission on Human Rights (IACHR) on the state of health and conditions in confinement of the former coup leader.

"In this case, we have seven days granted by the Commission and the response will be presented even before the deadline because (in the situation of Áñez) due process has been respected and the maximum standard of protection indicated by the IACHR to protect the life and health of a person deprived of liberty has been met," he said.

In declarations to La Razón Radio, Lima also said that he does not believe that the IACHR will accept the former president's request for precautionary measures to avoid "suffering irreparable harm", presented by her defense.

The IACHR asked the Bolivian government for information on Áñez after she requested precautionary measures from the international body.

Áñez is being held in preventive detention on charges of sedition, conspiracy and terrorism in the context of the coup d'état, actions that left the constitutional order in ruins, dozens dead and hundreds wounded and detained.