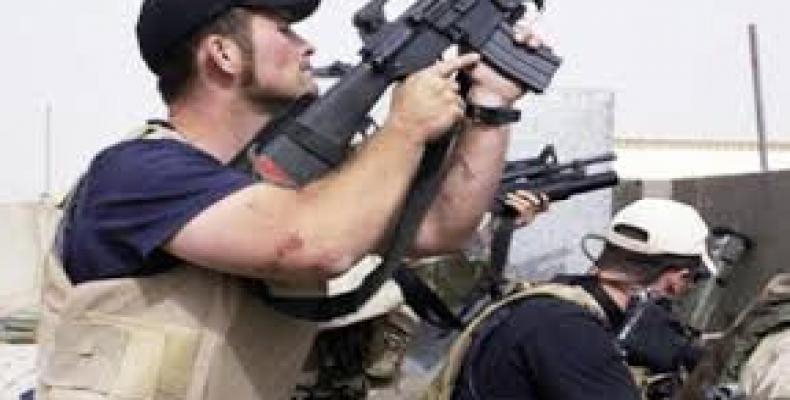 “We are deeply concerned by the recent U.S. presidential pardons for four security guards from the private military firm Blackwater who were convicted for killing 14 Iraqi civilians,” UN human rights spokesperson Marta Hurtado said in a statement issued in Geneva.

“These four individuals were given sentences ranging from 12 years to life imprisonment, including on charges of first-degree murder,” she said. “Pardoning them contributes to impunity and has the effect of emboldening others to commit such crimes in the future.”

Earlier this week, Trump pardoned the four guards – Paul Slough, Evan Liberty, Dustin Heard and Nicholas Slatten – who were part of an armored convoy that opened fire indiscriminately on a crowd of unarmed people in Nisour Square in Baghdad.

Hurtado said victims of gross human rights violations have the right to see perpetrators serve punishments proportionate to the seriousness of their conduct, calling on Washington to uphold its obligations to ensure accountability for such crimes.

The Nisour Square massacre, at the time, infuriated the Iraqi people, and Trump’s pardons rubbed fresh salt into the wound of the Iraqis, who have suffered tremendously in the aftermath of the US invasion of their land in 2003 and the American forces’ widespread atrocities in their country.

Hassan Jaber Salman, a lawyer who survived the Nisour Square massacre with his son, said during the 2014 trial that the American forces shot “anything that moved” in the square. “Women, children, young people, they shot everyone,” he said.

Speaking to CNN in the wake of the pardons, Salman called Trump’s decision shocking, disappointing and “abusive to the rights of the victims.”  “The infamous Blackwater company killed Iraqi citizens at Nisour Square. Today we heard they were released upon personal order by President Trump, as if they don’t care for the spilled Iraqi blood,” Saleh Abed, a Baghdad resident, told the AFP news agency.

Jasim Mohammed Al-Nasrawi, a police officer who also survived the massacre, told Trump “not to pardon or release the perpetrators.  They are terrorists.”  “I am still not a hundred percent recovered from my head wound, which [was] sustained in the gunfire by Blackwater guards in 2007, and have not been completely compensated for the attack.  I will not waive my right to this case, I am not giving up,” Al-Nasrawi told CNN.