Israel expresses concern at being labeled as apartheid 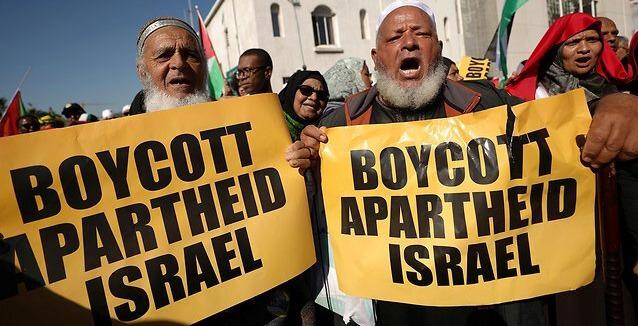 Israeli officials are seriously concerned that 2022 would be the year when the Tel Aviv regime would be labeled as an apartheid entity due to its measures against Palestinians and occupation of their lands.​

Tel Aviv, January 7 (RHC)-- Israeli officials are seriously concerned that 2022 would be the year when the Tel Aviv regime would be labeled as an apartheid entity due to its measures against Palestinians and occupation of their lands.

“In the coming year, we’re expecting a discourse that is unprecedented in its poison and radioactivity,” foreign minister Yair Lapid said during a Zoom press briefing with Israeli journalists earlier this week.  He added: “Calling Israel an apartheid regime was a slowly creeping trend for a very long time, and in 2022, it will be a real threat.”

Lapid highlighted that his ministry sees a likely scenario in 2022, according to which international organizations apply apartheid label to Israel, “with potential for significant damage.”  “There is a real danger that a UN body will say Israel is an apartheid regime,” the top Israeli diplomat noted.

In March last year, former International Criminal Court (ICC) Chief Prosecutor Fatou Bensouda announced in a statement the launch of a war crimes investigation into the Palestinian territories, which have been under Israeli occupation since 1967.

The war crimes investigation against Israel is expected to include the 2014 Israeli military onslaught against the Gaza Strip, the 'Great March of Return' demonstrations at the Gaza border in 2018, and Israeli settlement expansion policies across Palestinian lands, including East al-Quds.  Bensouda said at the time that her inquiry would be conducted “independently, impartially and objectively, without fear or favor.”

The ICC’s founding document declares apartheid to be a war crime, and the Israeli foreign ministry expects Palestinians to advance an active ICC investigation against Tel Aviv this year, and to use the Boycott, Divestment and Sanctions (BDS) movement to campaign that Israel is an apartheid regime.

Moreover, Israeli officials consider the UN Human Rights Council’s Commission of Inquiry (COI) of war crimes against Israel in the aftermath of last May’s war between the military and Palestinian resistance groups in the Gaza Strip that lasted 11 days.  During the war, Israel’s relentless bombardment of Gaza killed over 250 Palestinians, including 66 children.