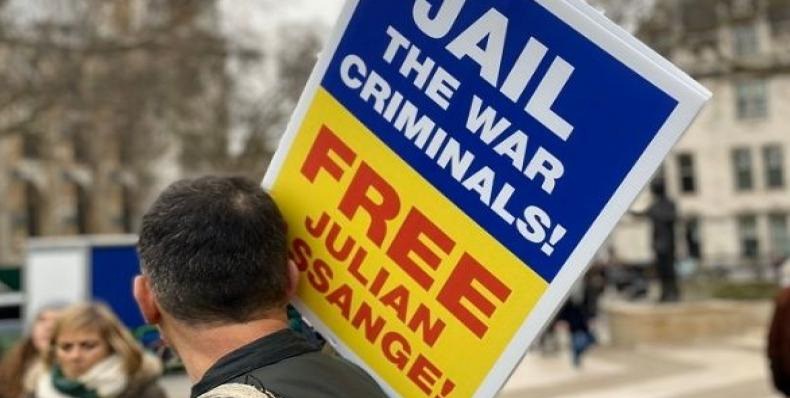 London, January 5 (RHC)-- Julian Assange’s legal team on Wednesday will seek bail for the WikiLeaks founder, days after a British judge blocked his extradition to the United States, saying such a move could lead to his suicide.

Assange’s lawyers will request that he be temporarily released from the maximum-security Belmarsh prison, in southeast London, during a hearing at the Westminster Magistrates Court in the capital that will begin at 10:00 GMT on Wednesday.

A spokesperson for the Ministry of Justice told reporters it was not yet clear whether Assange would attend the hearing in person.  The 49-year-old, an Australian citizen, has been held at Belmarsh since he was arrested at the Ecuadorian embassy in London in 2019 for breaching bail conditions in a separate extradition case involving Sweden.

After District Judge Vanessa Baraitser’s ruling on Monday, Assange’s supporters called for his immediate release.  “He should not be deprived of his liberty for another day,” Rebecca Vincent, the director of international campaigns for Reporters Without Borders (RSF), told the press.  “It would be a travesty to continue to detain him now in light of this decision,” she said.

Assange suffers from depression and has been diagnosed with an autism spectrum disorder.  As she outlined her ruling, Baraitser said Assange had made several calls from jail to the Samaritans suicide-prevention charity.

U.S. officials accuse Assange of 18 offences -- 17 counts of espionage and one of computer misuse -- relating to WikiLeaks’ release of confidential US military records and diplomatic cables a decade ago.  The charges carry a maximum prison sentence of 175 years.

Assange’s lawyers argue that the case against him is politically motivated and is being used by U.S. President Donald Trump’s administration as part of an attempt to intimidate whistle-blowers and journalists.  They say Assange acted lawfully when he published the leaked material, which exposed U.S. wrongdoing in the wars in Afghanistan and Iraq, citing freedom of speech protections set out by the European Convention on Human Rights.

Baraitser rejected those arguments in her ruling, but said she could not approve Assange’s extradition as there was a “substantial” risk he would commit suicide in a US maximum-security prison.  RSF’s Vincent feared Assange’s ongoing imprisonment in the UK would “continue to impact” media freedom as she criticised the substance of Monday’s ruling.

“The 10-year ordeal that Assange has been through has already had a chilling effect on journalism and press freedom around the world,” she said.  “Our concern is that the decision [on Monday] focusing only on his mental health issues, and being so harsh against the principles at stake, leaves the door open for further prosecutions on similar grounds.”

U.S. prosecutors said they were “extremely disappointed” by the decision and would continue to seek Assange’s extradition.  They are now set to appeal the ruling at London’s High Court, a move expected to keep Assange’s case in the courts for months.  The UK Supreme Court and European Court of Human Rights could eventually make judgements.

Assange’s legal team said there were “strong grounds” for his bail following Monday’s decision.  His lawyers will reportedly provide evidence at the hearing, attempting to prove he will not abscond.  But they face a tough challenge convincing the court, because Assange has jumped bail before.