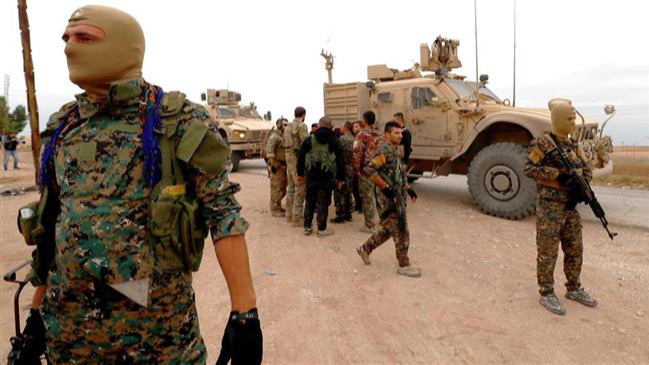 Damascus, January 23 (RHC)-- A powerful bomb blast has hit a U.S. military vehicle in Syria’s oil-rich eastern province of Dayr al-Zawr, killing at least three people.   Syria’s official news agency SANA, citing local sources, said the blast took place on Friday when an explosive device went off in a Hummer as it was traveling along the road to al-Omar oil field.

The oil field, occupied by American forces, is Syria’s largest and lies some 10 kilometers north of the town of al-Mayadin.  The report said it was not immediately clear whether those killed were militants affiliated with the US-sponsored Kurdish SDF militants or American troops.  The U.S. military has made no comments on the incident yet.

Over the past several months, the US military has brought in hundreds of truckloads of munitions and logistical equipment to Syria’s Dayr al-Zawr and Hasakah provinces through illegal border crossings with northern Iraq.

The U.S., in collusion with the SDF, controls most of the oil fields in the energy-rich provinces.  Syria produced around 380,000 barrels of oil per day before the onset of the conflict there in March 2011.

The U.S. first confirmed its looting of Syrian oil during a Senate hearing exchange between South Carolina Republican Senator Lindsey Graham and former US secretary of state Mike Pompeo in late July last year.  During his testimony to the Senate Foreign Relations Committee at the time, Pompeo confirmed for the first time that an American oil company would begin work in northeastern Syria.

The Syrian government strongly condemned the agreement, saying that the deal was struck to plunder the country's natural resources, including oil and gas, under the sponsorship and support of the administration of former U.S. president Donald Trump.