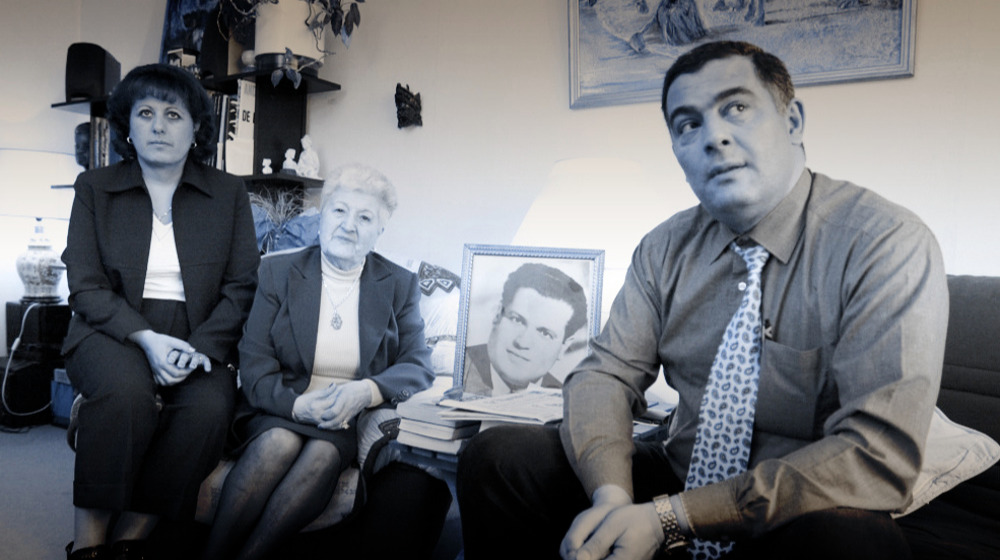 Malika Boumendjel (C), the widow of Algerian lawyer Ali Boumendjel, with two of her children, Dalila (L) and Farid, during an interview at her home in Puteaux, France, on her husband's death during his detention by the French army on March 23, 1957.  (Photo: AFP)

Paris, March 3 (RHC)-- President Emmanuel Macron has admitted that French forces ‘tortured and murdered’ Algerian freedom fighter Ali Boumendjel in Algeria’s war for independence.  Macron made the confession “in the name of France” on Tuesday during a meeting with Boumendjel’s grandchildren.

Boumendjel, a nationalist and lawyer, died in 1957 after he was arrested by the French army during the battle of Algiers.  His death was covered up as ‘suicide,’ but France’s Elysee Palace confirmed in a statement that Boumendjel was “placed incommunicado, tortured, and then killed on 23 March 1957.”

Macron's statement to his grandchildren read: “Ali Boumendjel did not commit suicide.  He was tortured and then killed.”

It is not the first time the real cause of Boumendjel’s death was confirmed.  The former head of French intelligence in Algiers, Paul Aussaresses, admitted in 2000 that he ordered the murder.

Last month, Boumendjel's niece Fadela Boumendjel-Chitour condemned what she called the “devastating” lie the French state had told about her uncle.  Macron has already caused outrage by refusing to issue an official apology for atrocities France committed during the colonization of Algeria.

In January, he ruled out an official apology, saying there will be ‘no repentance nor apologies’ for the colonization of Algeria or the Algerian war.  He, however, has agreed to form a ‘truth commission’ that would drive efforts at reconciliation as recommended by a report commissioned by the government on how France is facing up to its colonial past in Algeria.

The historian Benjamin Stora wrote the report to shed light on one of the darker chapters of the French history.  The report has been criticized by the Algerian government as "not objective" and falling "below expectations."

Macron, the first French president born after the colonial period, recognized that the colonization of Algeria was a "crime against humanity" during his presidential campaign in 2017, going further than his predecessors.

A year later, the president admitted that France had instigated a system that facilitated torture during the 1954-1962 Algerian war of independence, which ended 132 years of French rule.