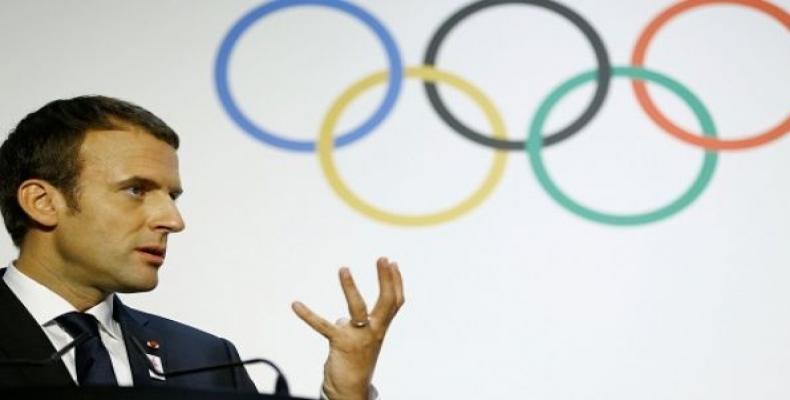 Paris, July 12 (RHC)-- French President Emmanuel Macron has come under fire for calling problems in Africa “civilizational" at the G-20 Summit in Hamburg, Germany.  According to a report that has just been revealed, when a journalist from the Ivory Coast asked the French president why there was no Marshall Plan for Africa -- the billions of dollars in economic aid the United States poured into destroyed European countries after World War II -- Macron responded with a three-minute soliloquy.

“The challenge of Africa is completely different, it is much deeper.  It is civilizational today,” Macron stated, according to media reports.  “Failing states, complex democratic transitions, the demographic transition.  One of the essential challenges of Africa... is that today seven or eight children (are) born to each woman.”

The French president's overtly racist statements have unleashed a firestorm of fury on social media and elsewhere.

The Daily Vox's Mishka Wazar writes: “Macron is right in saying that the issues Africa is facing are totally different.  But this has nothing to do with civilization.  African states remain divided into borders created by European colonial rule.  Since the rebirth of independence states, any African leader seeking to create self-sufficient states has been assassinated or overthrown by Western interference.”

In response to the comments about African women, Wazar retorted: “Do African, Asian and South American leaders talk about European birthrates with the same paternalism?  It’s not as if there aren’t enough resources for African children, they’re simply being stolen.”

Macron’s concluding comments included, “You can decide to spend billions of euros, you will not stabilize anything.”

The speech has had social media users wondering if Macron, presented as the “centrist” candidate to his “far-right” challenger Marine Le Pen, is really all that centrist.