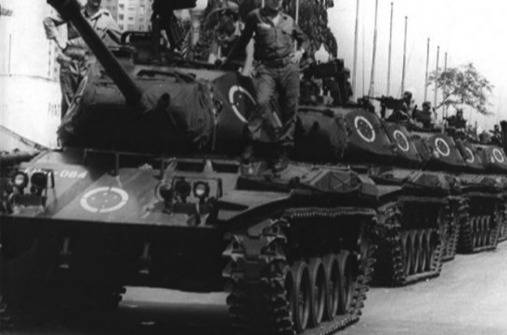 Rio de Janeiro, March 31 (RHC)-- Political, social and student sectors in Brazil are holding mobilizations this Wednesday in the country's main cities to demand the resignation of President Jair Bolsonaro as part of the commemorations of the 57th anniversary of the 1964 military coup.

The Causa Operaria Party (PCO) pointed out that the protests will also serve to counter the attempts of Jair Bolsonaro's government to celebrate the date of the 1964 military coup.  The PCO leadership denounced that when the Armed Forces commemorate March 31 "it is as if they were talking about the fact that at any moment they can repeat the feat."

In the invitation, the PCO assures that the right-wing sectors have been operating with great intensity.
The organization warns that this current gathers forces for actions and March 31st is a stage in this mobilization.

The current economic and health crisis in Brazil has prompted Jair Bolsonaro to close alliances with traditional conservative parties, with an eye on his possible reelection in 2022, in addition to initiating a broad ministerial reform that includes the fourth health incumbent in a year.

The 1964 coup, which overthrew President Joao Goulart, installed a military regime that lasted until 1985.

Unlike Argentina, Uruguay or Chile, Brazil never tried state agents accused of committing crimes during the dictatorships of the 1970s and 1980s in Latin America.