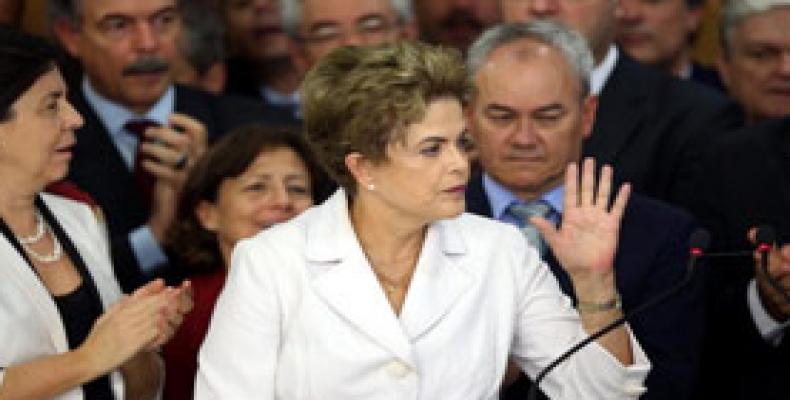 Brasilia, May 12 (RHC)-- Ousted Brazilian President Dilma Rousseff on Thursday called on Brazilians to defend their country's democracy and mobilize against the coup that saw her suspended from office.

“I call for the people to remain mobilized, together, in peace … It is a fight we are going to win, it depends on all of us.  Let’s show the world the millions of people who defend democracy in our country,” said Rousseff in her first comments from the presidential palace since the country's Senate voted to proceed with impeachment proceedings.

Dilma Rousseff, who as a young activist was arrested and tortured for her efforts to organize against the military dictatorship that previously ruled Brazil, said she never dreamed she'd have to fight against another coup in our country.

The ousted president walked out of the presidential palace to a crowd of thousands of anti-coup and pro-democracy demonstrators.  She said: "I am ready to resist through all legal means,” Rousseff told the crowd who answered with chants pledging to resist as well.