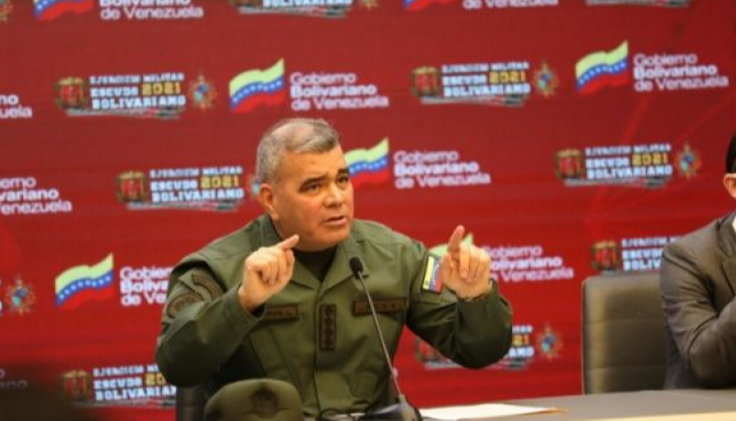 Caracas, April 6 (RHC)-- The Sectoral Vice President for Sovereignty, Security and Peace and Minister of Defense of Venezuela, General in Chief Vladimir Padrino López, affirmed that Colombia seeks to install bases for drug trafficking in Venezuelan territory in order to destabilize the nation with violent armed groups and provoke a civil war.

During a press conference in Caracas on Monday, Padrino López discussed the progress of Operation Escudo Bolivariano in the Apure region, and pointed out that the irregular paramilitary troops have the objective of destabilizing the border and continue towards the center of Venezuela.

Padrino López emphasized that with the recent actions, Colombia has demonstrated that it has no interest in resolving the situation, and "continues stealing all the resources that the U.S. empire has been supplying to them."

He assured that the strategy is to outsource the conflict to criminal gangs, armed groups of drug traffickers and incursion into Venezuela for their logistic operations and to continue feeding drug trafficking.