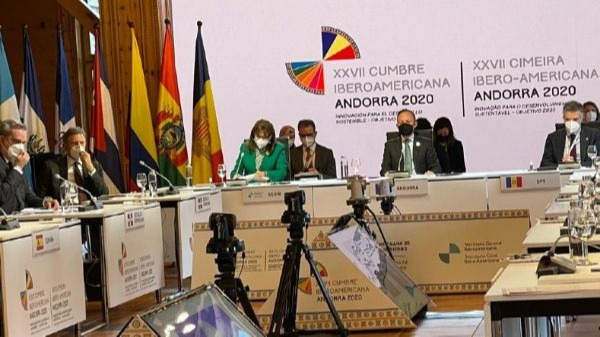 La Paz, April 22 (RHC)-- The president of Bolivia, Luis Arce Catacora, called on Wednesday for an "effective integration" through the "brotherhood of peoples" to face the challenges of the post-pandemic world.

The Bolivian president showed his concern by noting that the pandemic has highlighted the inequality in access to vaccines.  He denounced that rich countries have bought more than half of the vaccines, with less than 16 percent of the world's population.  "Medical science must be at the service of the human being, without discrimination," he said.

During his address to the 27th Ibero-American Summit, held on-line on Wednesday, Luis Arce said that pharmaceutical companies and governments must cooperate to guarantee access to vaccines, especially because the current agreements "are not enough."

The Bolivian head of state called for "reforming international standards, including intellectual property rights, and therefore made a call to "change this scenario".  In this sense, Arce demanded that "pharmaceutical companies should release these patents to allow universal access" to vaccines.