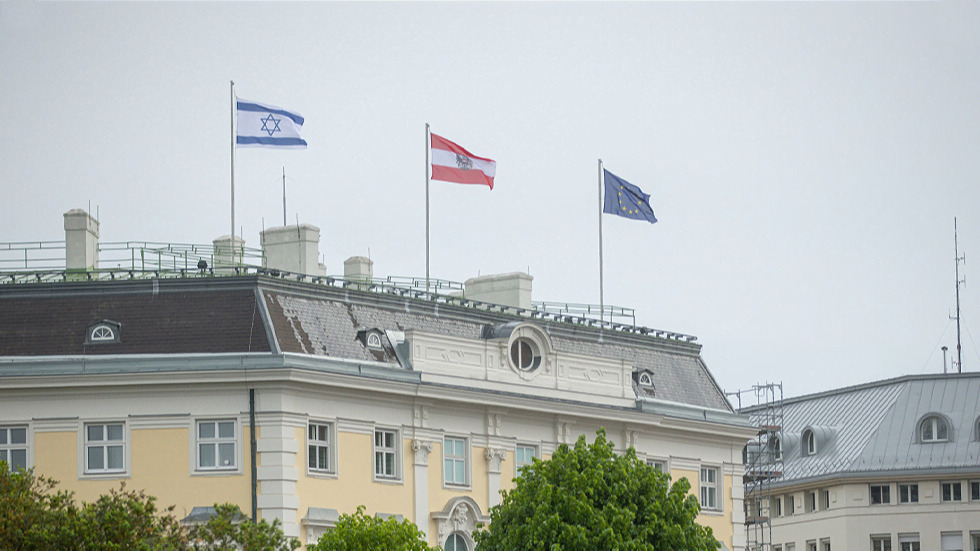 Tehran, May 16 (RHC)-- Iranian Foreign Minister Mohammad Javad Zarif has cancelled an official trip to Austria after authorities in Vienna raised Israeli flags in solidarity with Tel Aviv in its war on Gaza.

Zarif’s visit was canceled after Austria raised Israel's flag on its federal chancellery and foreign ministry buildings, Austrian Foreign Minister Alexander Schallenberg’s spokesperson, Claudia Turtscher, confirmed to the media.  “We regret this.  We take note of this,” Turtscher said.

Zarif was due to meet with Schallenberg over the weekend.  The Iranian minister has not commented on the situation so far.  Austrian Foreign Minister Sebastian Kurz said the country “stands by Israel's side” in its most recent confrontation with the Palestinians in Gaza.

“The terrorist attacks on Israel must be condemned in the strongest terms!” Kurz wrote on Twitter, referring to a barrage of rockets launched at Israeli cities by the Palestinian militant groups Hamas and Islamic Jihad.

Israel responded to the rockets by bombing multiple targets in Gaza. Casualties have been reported on both sides of the conflict, with Israeli media saying around nine people have been killed in the country, and Gaza health officials reporting over 100 fatalities.

The escalation comes as Vienna hosts talks over the Iranian nuclear program.  Iran's chief negotiator in Vienna, Deputy Foreign Minister Seyed Abbas Araghchi, tweeted that it was “shocking & painful” to see an Israeli flag holstered over government buildings in Austria.

Kurz’s support for Israel has sparked fierce arguments on social media.  Some, including Israeli Prime Minister Benjamin Netanyahu’s son Yair Netanyahu, thanked the chancellor.  Others complained that Kurz had not said anything about the Palestinian civilians who died in Israeli airstrikes.

The head of the Freedom Party of Austria (FPO), Norbert Hofer, argued that Vienna should rather stay neutral and leave room for the mediation of peace.  “It's particularly important now to maintain neutrality and also to bring it to the forefront,” he said.