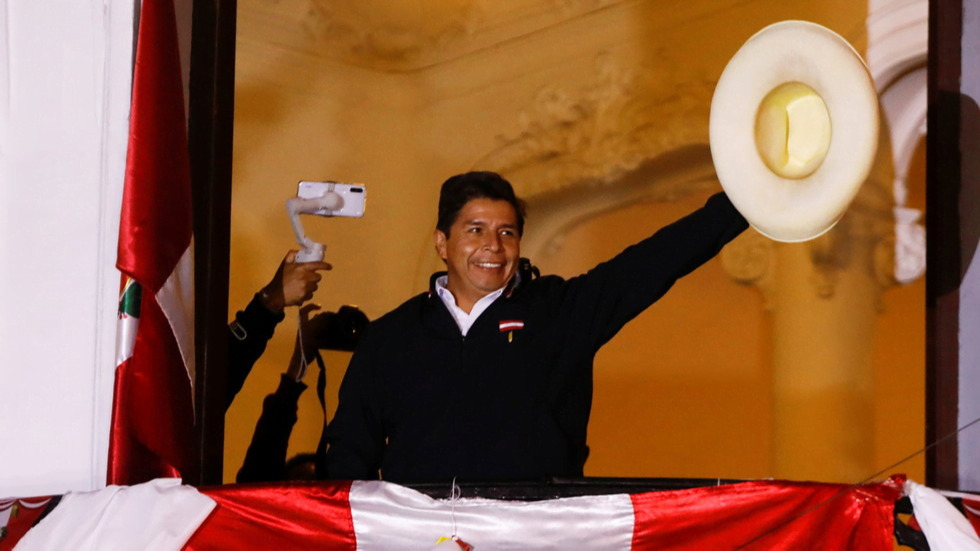 Lima, June 9 (RHC)-- Pedro Castillo, the candidate of Peru Libre, has declared himself the winner of the presidential elections.  "We will be a government respectful of democracy, of the current Constitution and we will form a government with financial and economic stability," Castillo told thousands of his supporters gathered in Lima.

The candidate went ahead of electoral office officials, who have not yet reached 100% of the vote count, and who are now counting the ballots of Peruvians abroad and isolated rural communities -- in the Andes and the Amazon.  According to the official count, which is now at 99.39%, Castillo leads the polls with 50.24% against Keiko Fujimori's 49.75%.  Only 84,000 votes separate the two.

During his speech late Tuesday night, Pedro Castillo asked that officials of the Peruvian electoral system be "respectful of the will of the Peruvian people" because the report of his auditors, at the end of their own vote count, confirms to him that "the people have won this election" and he urged his followers not to fall into any provocation.

"There are certain obstacles such as the reported rise of the dollar, which they say is going to go up a few more points tomorrow, the cost of bread, chicken, of the family basket.  That is a lie.  What is happening is that there is a certain uncertainty that the people no longer believe them and that is why I must tell you that I have just had conversations with national business people and they are showing their support for the people choice."

With 99.28 percent of the electoral reports processed, the candidate for the Presidency of Peru, Pedro Castillo, is ahead of his opponent for Fuerza Popular, Keiko Fujimori, after having reversed the preliminary results presented by the electoral authority.

The National Office of Electoral Processes (ONPE) presented the updated data in a web portal so that the population can follow the scrutiny.

Based on this data, Peru Libre's candidate, Castillo, obtained 8,719,076 valid votes, equivalent to 50.25 percent of the valid votes.