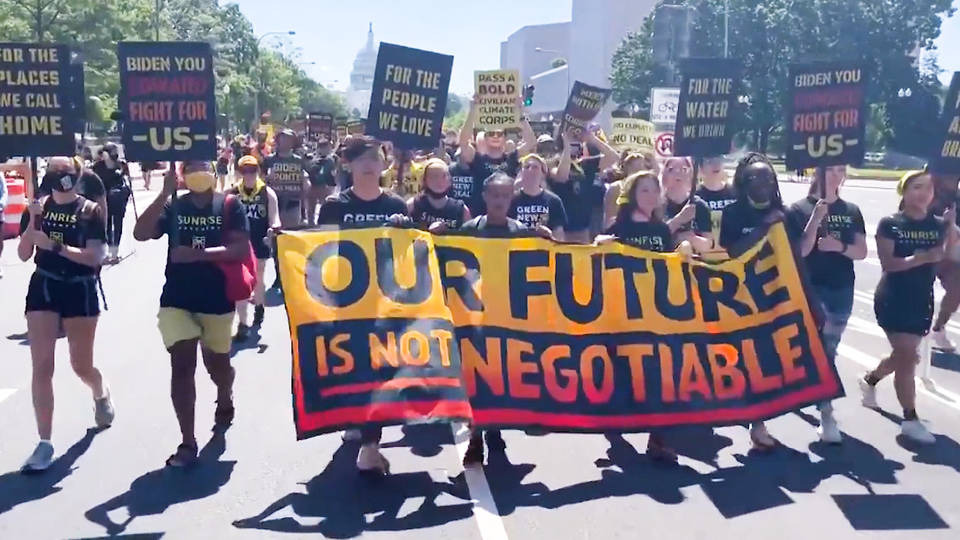 Members of the Sunrise Movement are calling on Biden and congressional Democrats to pass an infrastructure bill that includes major investments in green energy, including a fully funded Civilian Climate Corps.

Joining the protests was New York Democratic Congressmember Alexandria Ocasio-Cortez, who said there was no time to waste in preventing climate catastrophe.  Rep. Ocasio-Cortez said: “What a lot of folks here in D.C. don’t understand is that while this may be the hottest summer of their lives, it’s going to be one of the coolest summers of our lives.  And so what that means is that they brought this heat on us, so we bring the heat on them.”