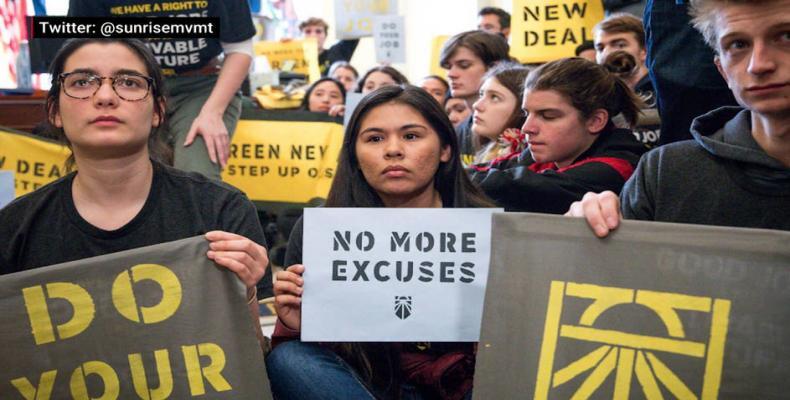 Over 140 people were reportedly arrested as members of the youth climate group Sunrise Movement occupied and lobbied at congressional offices. Twenty-six congressmembers have backed the formation of the Green New Deal Select Committee thus far, including Jim McGovern, the incoming chair of the House Rules Committee, who voiced his support after an exchange with activists yesterday.  Pelosi’s office has said it will meet with representatives from Sunrise Movement.