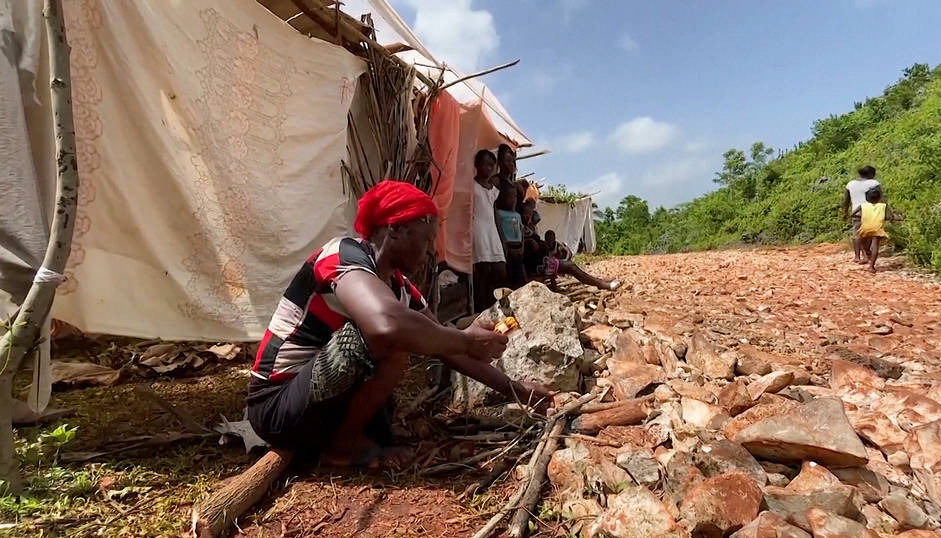 Port-au-Prince, August 31 (RHC)-- In Haiti, survivors of the massive August 14 earthquake are growing desperate as they continue to face shortages of food, shelter, medicine and other resources after thousands lost their homes and everything they owned.

Michel Pierre, a resident of the hard-hit city of Les Cayes told reporters: “My house was destroyed by the earthquake.  Several of my family members died.  I had 13 goats: 11 died; I have two left.  I came to the market to see if I can sell the two that remain.  We have nothing. We need help.”

This comes as a coalition of over 300 rights groups are denouncing the Biden administration’s ongoing deportations to Haiti.  The groups are urging Biden to stop the removal of Haitian asylum seekers and to expand temporary protected status, or TPS, and other immigration relief for Haitians.  In a letter, the groups say more Haitians have been deported since Biden took office than during all of fiscal year 2020.