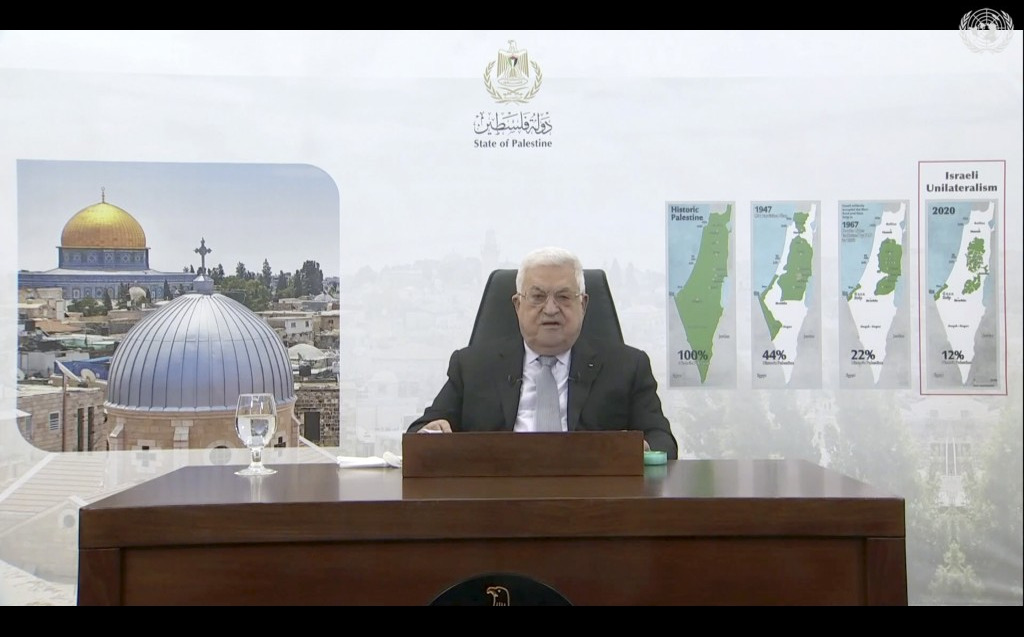 In an address to the 76th Session of the UN General Assembly via video link from the occupied West Bank city of Ramallah on Friday, Abbas said the Palestinian Authority would reverse recognition of the 1967 borders and press charges against Israel in the ICJ if the regime did not withdraw from the West Bank, Gaza Strip and East Jerusalem al-Quds within one year.

“This is a moment of truth with the occupying regime. We are at a crossroads. We have had enough. This situation cannot continue and our people cannot endure it any longer,” the Palestinian president told the UNGA.

“We are ready to work throughout this year on the delineation of borders and solving all final status issues under the auspices of the international Quartet and in accordance with United Nations resolutions. If this is not achieved, why maintain recognition of Israel based on the 1967 borders? Why maintain this recognition?” he added.

“Our people will not surrender to the occupation and its illegal policies and practices. They will pursue their just struggle to fulfill their right to self-determination.”

Tensions have been running high in the occupied territories for months over Israel’s settlement activities and its planned eviction of Palestinian families from their ancestral homes. Many Palestinians have been killed and scores wounded in the Israeli crackdown on protests so far this year.

More than 600,000 Israelis live in over 230 settlements built since the 1967 Israeli occupation of the West Bank and East al-Quds. All Israeli settlements are illegal under international law as they are built on occupied land. The United Nations Security Council has condemned Israel’s settlement activities in the occupied territories in several resolutions.

Referring to the Oslo Agreement, Abbas said Palestinians "remained committed to all of its points to this day," while "Israel has not honored its obligations under the signed agreements and has evaded participating in peace initiatives and instead pursued its expansionist, colonial enterprise, destroying the prospect of a political settlement based on the two-state solution."

Addressing the UN General Assembly, the Palestinian president also thanked the international community for their financial support of the Palestinian people but argued that they had to "take tangible steps to end the Israeli occupation” as the regime was "practicing apartheid" and "ethnic cleansing" of Palestinians.

Abbas said the Israeli authorities have over the years “persisted in evading the two-state solution" and instead insisted on "presenting illusionary economic and security plans" through its illegal settlements.   “We have extended our hands time and time again for peace and still we cannot find a partner in Israel that believes in and accepts the two-state solution,” the president said.

"If the Israeli occupation authorities continue to entrench the reality of one apartheid state as is happening today, our Palestinian people and the entire world will not tolerate such a situation," he added.