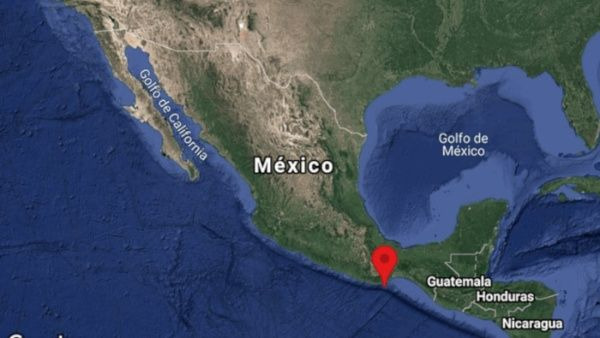 According to testimonies posted on social networks, the tremor "was felt strong in Oaxaca". | Photo: @SismologicoMX

Mexico City, January 17 (RHC)--A 5.4 magnitude earthquake was registered this Sunday in the state of Oaxaca, in southern Mexico, with no material damage or victims reported, informed the National Seismological Service (SSN).

The entity indicated that the tremor occurred at 17:31 local time (23:31 GMT), with epicenter located 34 kilometers east of the town Crucecita, in Oaxaca, and at a depth of 43 kilometers.  Mexican Civil Protection authorities stated that so far they had not received any reports of damage or casualties caused by the quake.

According to testimonies posted on social networks, the tremor "was felt strongly in Oaxaca."  "I almost ran out and my sister is still going back for her flip-flops." "Yes, the movement was felt strongly in San Sebastián Tutla". "Also in the city of Oaxaca the seismic alarm did not sound and it was strong", are several of the publications made on Twitter.

The intensity of the tremor did not warrant the activation of seismic alerts in the capital, Mexico City.