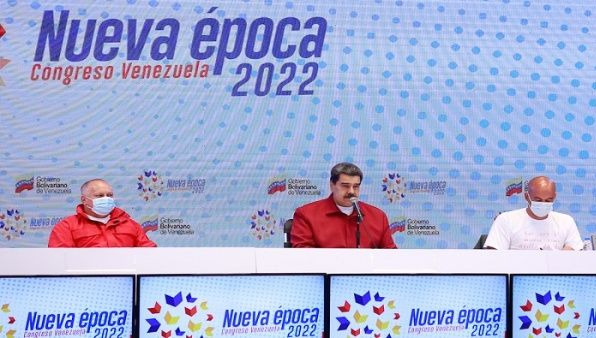 "We are outraged by what is happening in Argentina.  Enough of abuses against Venezuela," said the president. | Photo: Presidential Press Office

Caracas, August 9 (RHC)-- The President of Venezuela, Nicolás Maduro, announced on Monday the launching of a campaign to rescue the country's gold stolen by British courts and the return of the Conviasa airplane hijacked in Argentina, actions that correspond to the illegal sanctions imposed by the United States against the nation.

The Bolivarian leader added that his nation does not fear further measures or aggressions by the U.S., at the same time, he pointed out that in case the commercial persecution against Venezuela continues, it will be faced by the constitutional authorities of the country.

"We are going to confront them with everything if the criminal persecution of the United States against Conviasa continues.  We are not afraid of sanctions, aggressions or U.S. imperialism."

The Venezuelan president made a special call to the Argentinean social and trade union movements to accompany the Venezuelan struggle for the rescue of the plane and the release of the pilots.  "We are outraged by what is happening in Argentina.  Enough of abuses against Venezuela," he added, while revealing that a group of experts will be formed to "fight for Venezuelan assets."