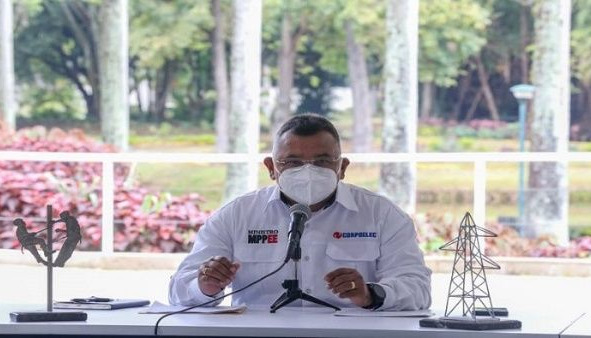 "We have recovered the totality of the load in the capital region," said the Minister for Electric Energy.    | Photo: VTV

Caracas, August 15 (RHC)-- Venezuela's Minister for Electric Energy, Néstor Reverol, has announced the gradual recovery of the National Electrical System, which was affected after the intense rains occurred in the country.

While giving an assessment of the situation, Minister Reverol highlighted that they are monitoring the recovery of the service in several states.  Regarding the event that occurred in the parish of El Junquito, the official stressed that it was caused by an electrical discharge.

"This disturbed the system at a national level and affected the southeast region of the capital Caracas, La Guaira and part of the state of Miranda (...) We have recovered the totality of the load in the capital region", the Venezuelan minister highlighted.

Due to the overvoltage scheme, the minister pointed out that despite the affectation of the electric system in Falcón it is already reestablished, at the same time, the state of Táchira has an 80 percent recovery rate and the territory of Alto Apure.

In this sense, Néstor Reverol pointed out that "they have a meteorological warning number 1, which indicates that tropical wave number 28 will affect the central coastal region with torrential rains."

This affectation was due to an atmospheric discharge, indicated the head of the energy portfolio, who also pointed out that all the necessary equipment is in place to correct any other affectation in the next hours.