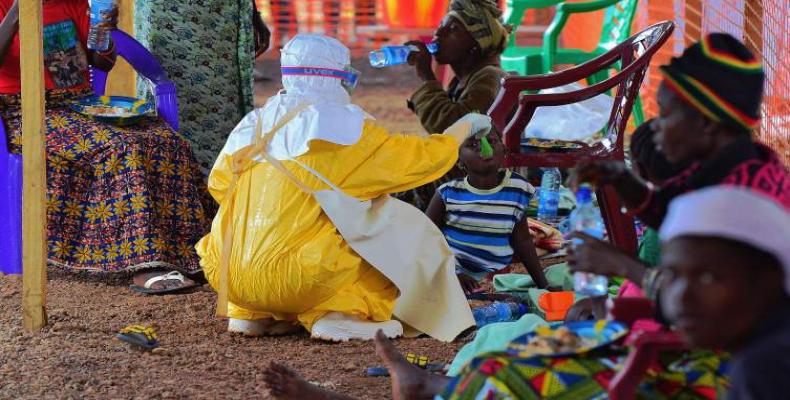 Freetown, October 2 (RHC)-- The death toll from the deadly Ebola virus has reached 42 in the Democratic Republic of Congo, as the African nation attempts to contain its second outbreak this year.

On Wednesday, Health Minister Felix Kabange Numbi said that several health workers were among the latest victims of the virus in the country. In a remote region near the town of Boende, located some 800 kilometers northwest of Kinshasa, about 70 Ebola cases have been confirmed.

The World Health Organization and Kinshasa authorities say the current outbreak is "distinct and independent" and not related to the one that has taken thousands of lives in West African countries, including Sierra Leone, Liberia, Nigeria, and Guinea.

The rise in the death toll comes about one week after DR Congo Prime Minister Augustin Matata Ponyo said the outbreak in his country was almost over.

On October 1st, the WHO said the Ebola death toll in West Africa had risen to 3,338, with more than half of the victims being in Liberia.