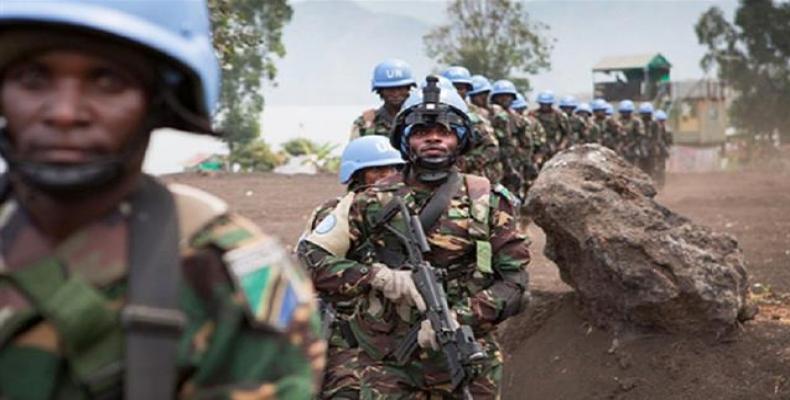 Goma, November 8 (RHC)-- An explosion has killed at least two people and wounded 32 UN peacekeepers in the Democratic Republic of Congo’s eastern province of North Kivu.  The UN mission in the central African country said the explosion occurred Tuesday morning as the Indian peacekeepers were exercising on the outskirts of Goma, the provincial capital on the Rwandan border.

Officials said one of the dead was a peacekeeper and the other was an 8-year-old child.  The injured were taken to a UN military hospital.  Officials were investigating whether the grenade belonged to the peacekeepers or whether it had come from some other source.

The UN Mission in the DR Congo, known as MONUSCO, has over 20,000 troops to disarm scores of rebel and splinter groups that have been wreaking havoc in the impoverished country for the past two decades.

The most infamous of the rebel groups is the Allied Democratic Forces (ADF), which was founded in Uganda in 1995 and later moved to the DR Congo, spreading its reign of violence, particularly in the North Kivu province.  In its almost two decades of presence there, the rebel group has been accused of committing serious human rights violations, including recruiting child soldiers and rape, against the local population.

The MONUSCO, comprised of forces from over 50 countries and deployed in 1999, says it aims to protect civilians from violence.  The Congolese army, joined by UN troops, is currently on the offensive against the ADF and other rebel groups.