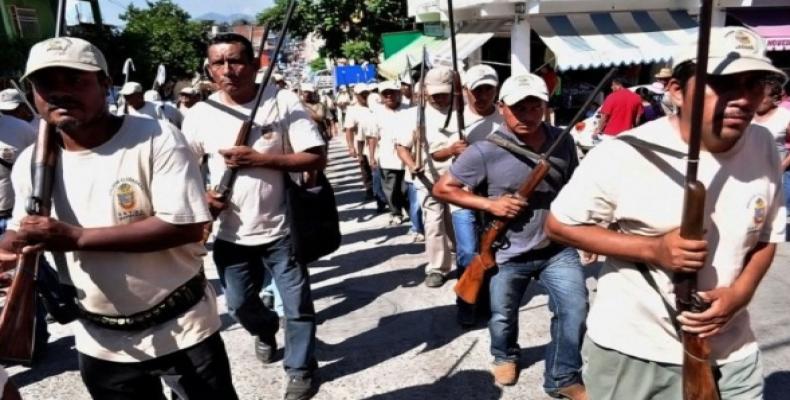 Mexico City, December 17 (teleSUR-RHC)-- Leader of Mexico’s Party of the Democratic Revolution (PRD), Carlos Navarrete, has called on the federal government to adopt new strategies to ensure civilian safety in the central state of Michoacan.

"There needs to be a new program, a new scheme that will permit the Federal government to fulfill their obligation to restore security in Michocan and to allow for a democratic process to decide on a new governor,” said Navarrete.

Navarrete’s statements coincide with the recent resurface of Michoacan self-defense groups, which launched roadblocks across the state on Sunday demanding the capture and arrest of Servando ‘La Tuta’ Gomez, the leader of the local drug cartel Knights Templar or Caballeros Templarios.

They also noted nothing is being done over a new gang, Los Viagra; and that they are owed salaries and being mistreated by federal forces in the state.

This was the clearest sign yet that unrest in the state was resurfacing in an area President Enrique Peña Nieto's government had said was pacified.

In response to the recent road blockades, Michoacan Security Commissioner Alfredo Castillo met with various members of the Michocan self-dense groups on Monday leading to an agreement that establishes a nine-point plan.

The terms of the deal include greater controls on the movement of self-defense groups, greater integration between these groups and state security forces, as well as pledges to maintain economic incentives to boost economic growth in the state.