States of Emergency Declared in Northeastern U.S. States Due to Heavy Winter Storm 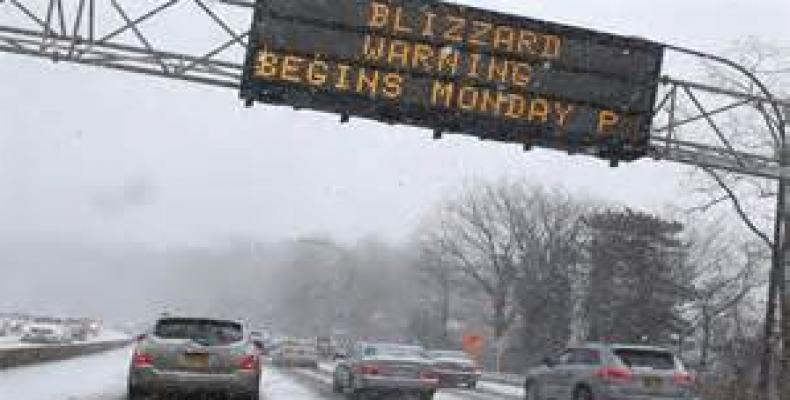 New York, January 27 (RHC)-- States of emergency were declared across the Northeastern United States due to a heavy winter storm that is still hitting Massachusetts hard.

In New York City, a blizzard warning has been canceled after the city was spared the worst of the storm. According to the National Weather Service, the storm moved further east of the city, resulting in "much less snow" than previously predicted.

The city had taken the extraordinary precaution of shutting down the entire subway system -- the first time in 110 years -- and barring all non-emergency vehicles from the roads.