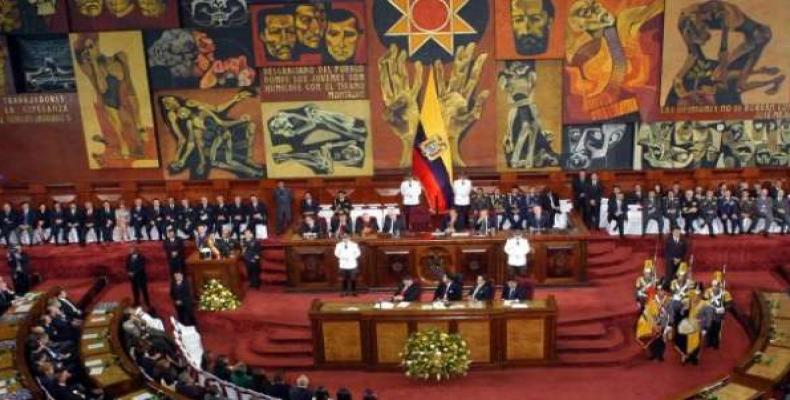 Quito, March 20 (teleSUR-RHC) The National Assembly of Ecuador gave its support to Venezuela on Thursday, rejecting the U.S. president's statements that Venezuela was a threat to U.S. national security .

Following a debate and vote, Ecuador's legislative body called on the U.S. government to respect the principles of sovereignty and non-intervention and called on President Barack Obama to repeal the decree.

With 86 votes in favor, the Assembly endorsed the statement adopted by the foreign ministers of the Union of South American Nations (UNASUR), on March 14, 2015. During the discussion, members of congress expressed their concern that the U.S. measures against Venezuela could be used to justify further economic and military actions, not only in Venezuela but across South America and the Caribbean.

National Assembly member Maria Augusta Calle, from the governing PAIS Alliance party, said what was passed on March 9 set a dangerous and threatening action men and women of peace sovereign America. "We are facing a declaration of war against America Latina" she said.