More than 400 Drowned in Shipwreck in Mediterranean Sea 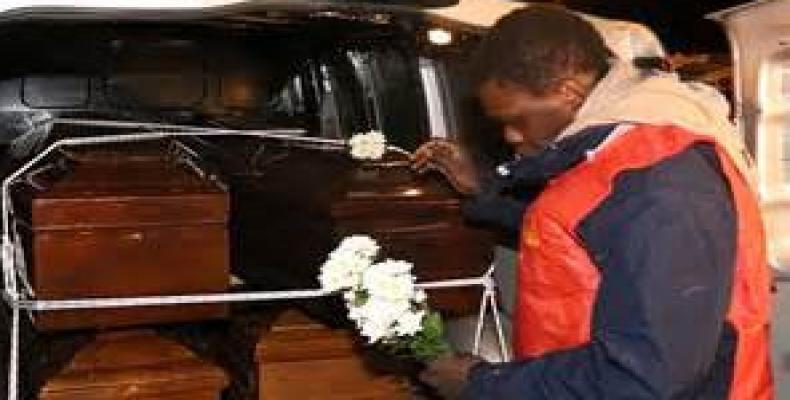 Rome, April 15 (RHC)-- Survivors of a capsized vessel say as many as 400 people may have drowned in the shipwreck after leaving Libya, while making the deadly journey across the Mediterranean.

Save the Children organization made the announcement based on testimonies collected from survivors who were rescued from another boat by Italian coastguards and brought to the city of Reggio Calabria. According to Save the Children, the increasing number of deaths at sea “poses a threat,” not only to Italy, but to the entire European Union.

EU officials say there has been a recent surge in the number of migrants making the deadly journey across the Mediterranean Sea from different routes into the EU countries as weather and sea conditions improve with the coming of spring.

Reports say most of the migrants are from Syria and the Horn of Africa and seek to head for European countries through Italy. Some sources say the number of migrants entering the EU illegally almost tripled in 2014, reaching up to 280,000. Humanitarian groups cite the continuous threat of unrest and hardships in the Middle East, North Africa and Asia as the cause of the high-risk migration.