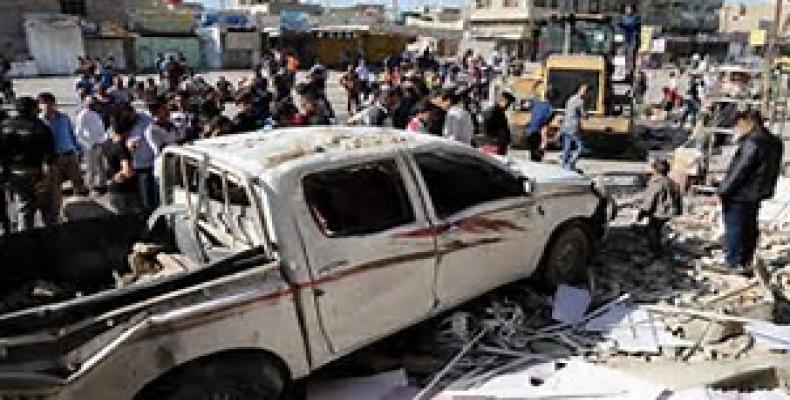 Baghdad, April 22 (RHC)-- At least five civilians have been killed and more than twenty others injured in a bomb explosion that targeted the funeral of a pro-government volunteer fighter slain during fighting with Takfiri ISIL militants in Iraq’s northern province of Kirkuk.

A local security source, speaking on condition of anonymity, said the bombing took place as people were attending the funeral in the provincial capital city of Kirkuk, located 236 kilometers (147 miles) north of the capital, Baghdad, at around 9.30 p.m. local time (1830 GMT) on Tuesday, Arabic-language Kirkuk Now news agency reported.

There has been no claim of responsibility for the bombing, but such attacks are usually blamed on Takfiri ISIL terrorists.