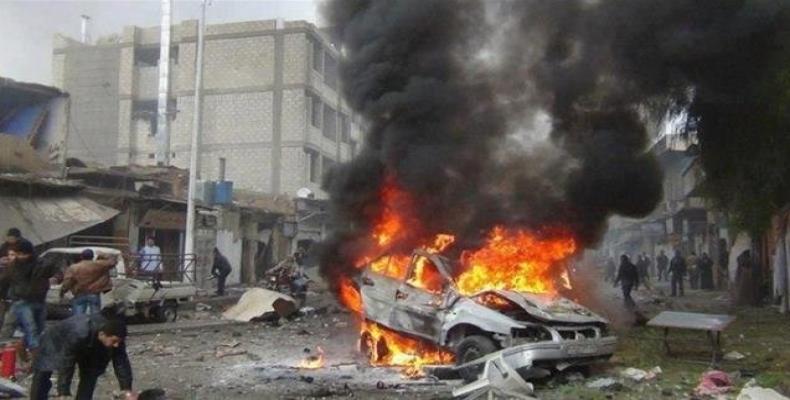 Baghdad, November 9 (RHC)-- At least three people have been killed and a dozen others wounded after a car bomb exploded near a restaurant in the Iraqi city of Mosul in a rare terrorist attack since Daesh militants were flushed out last year.

The car bomb went off around dinner time at a restaurant in Iraq's second biggest city, Iraq's security services said in a statement.  It is not yet clear whether the victims were civilians or combatants, but witnesses in Mosul said the restaurant is known to be frequented by security personnel.

There was no immediate claim of responsibility for the blast, but Daesh terrorists have continued to wage guerrilla-like attacks across Iraq after losing their control over large swathes of lands in the Arab country.

On July 2017, then Iraqi prime minister, Haider al-Abadi, formally declared victory over Daesh in Mosul, which served as the terrorists’ main urban stronghold in Iraq.

In the run-up to Mosul's liberation, Iraqi army soldiers and volunteer Hashd al-Sha’abi fighters had made sweeping gains against Daesh.

Daesh began a terror campaign in Iraq in 2014, overrunning vast swathes in lightning attacks.  After three years of struggle, Baghdad finally declared the end of military operations against Daesh on December 9, 2017.