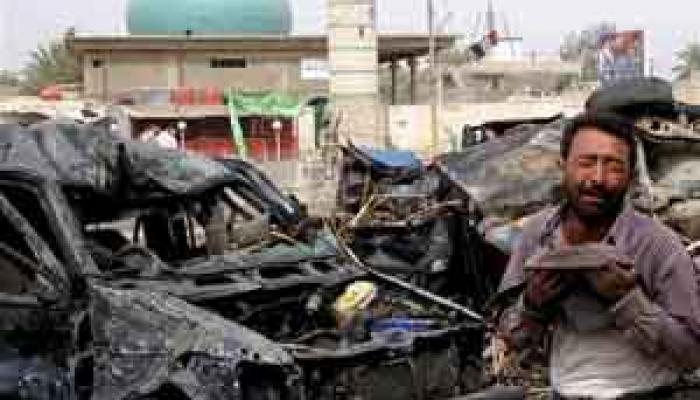 Baghdad, February 7 (RHC)-- At least four people have been killed and nearly two dozen others wounded in a bomb attack in Iraq’s northern province of Salahuddin, according to security sources. Iraqi officials said that a car bomb went off in the Tuz-Khurmato district, located west of Tikrit on Thursday.

In a string of similar bomb attacks on the same day, at least 13 people lost their lives and scores of others were wounded across the Iraqi capital, Baghdad. The fatal attacks came only one day after more than 30 people were killed in a series of bombings across the city.

The attackers in Iraq often target crowded places, including markets, cafes and mosques, in an attempt to cause maximum casualties. According to the figures recently released by Iraq’s ministries of health, interior and defense, over 1,000 people were killed in January, including civilians, soldiers and police.

A study released by academics based in the United States, Canada and Iraq in November 2013 said nearly half a million people have died due to war-related incidents in Iraq since the U.S.-led invasion in 2003 -- but other studies show that more than one million have been killed as a result of Washington's aggression against Iraq.