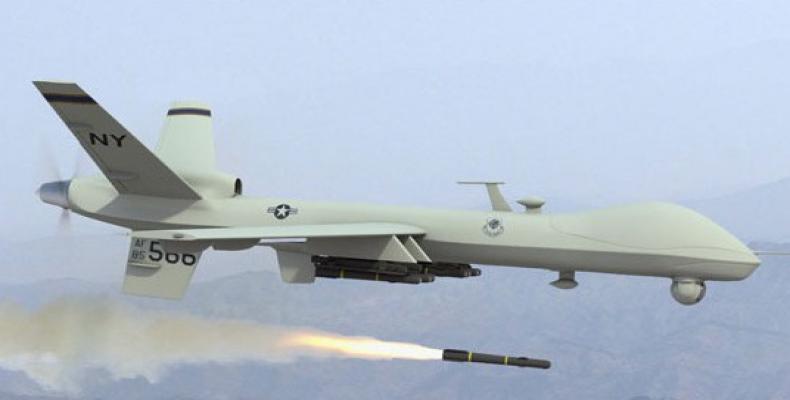 Baghdad, June 5 (RHC)-- An Iraqi security source says a U.S. unmanned aerial vehicle (UAV) has crashed in the country's southern province of Basra as it was supposed to join the US-led air campaign against the so-called ISIL positions in the western Iraqi province of Anbar.

The source, speaking on condition of anonymity, said the remote-controlled drone, which had taken off from an airbase in the Persian Gulf kingdom of Qatar, experienced a technical failure and went down in al-Lahis desert on the outskirts of the provincial capital of Basra, located 550 kilometers (340 miles) southeast of the capital, Baghdad, on Thursday, Arabic-language al-Forat news agency reported. The report added that the UAV exploded moments after the crash.

Elsewhere in Iraq, nine ISIL militants were killed when Iraqi warplanes struck ISIL positions in the city of Shirqat, located some 300 kilometers (190 miles) north of the capital.