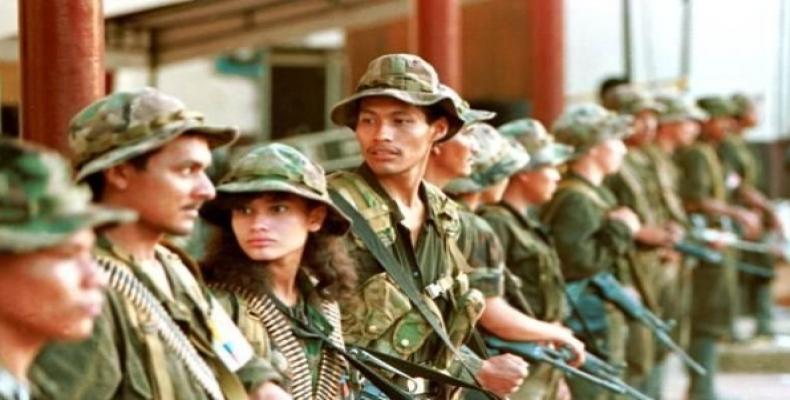 Bogota, July 23 (teleSUR-RHC)-- The United Nations will send a team of international experts to accompany the peace talks taking place in Havana between the Colombian government and the FARC leftist rebels, as the country continues to work toward resolving over five decades of internal conflict, officials announced on Wednesday.

As the peace negotiations enter a new round on Thursday, focused on the conflict’s victims, de-escalation, political participation and the cultivation of illicit substances, U.N. delegates will attend, with the goal of “helping to start the discussion on the monitoring and verification system,” said the world body.

The announcement comes as the U.N. under secretary-general for political affairs, Jeffrey Feltman, wrapped up a two-day visit in Colombian capital Bogota, which included a meeting with President Juan Manuel Santos to discuss the peace process, which has been ongoing since November 2012.
The visit also reaffirmed the U.N. Secretary-General Ban Ki-moon's past expression of strong support for the peace process and standing commitment to offer any support required to help accelerate the process and reach peace in Colombia.

The U.N. delegation responds to a call from both parties — the Colombian government and the Revolutionary Armed Forces of Colombia, (FARC for its acronym is Spanish)— for U.N. accompaniment in the peace talks.

The government of Colombia also agreed to “de-escalate” aggressions against the guerrillas beginning on Monday for the next four months, but made it clear that this is not a cease-fire. Over the past five decades of fighting between government and paramilitary forces and revolutionary militants, some 220,000 people have been killed, while tens of thousands more have been displaced or disappeared.